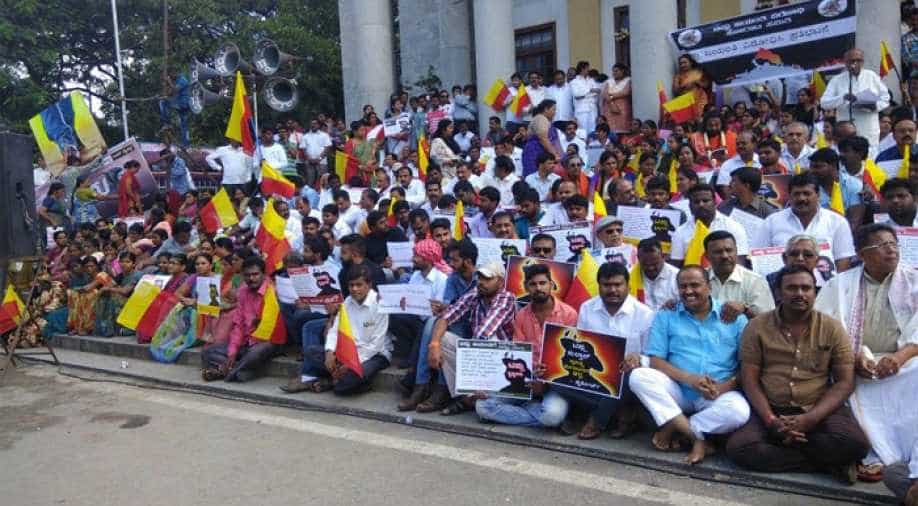 The government in retaliation has accused the BJP of spreading communal hatred. The Chief Minister went as far as to say that the Bharatiya Janata Party will be held responsible for any violence that occurs during Tipu Jayanti.

It is that time of the year again when the South Indian state of Karnataka erupts in political mudslinging and violence over the state-sponsored celebration of Tipu Jayanti.

The BJP has once again come out with all guns blazing against the Kumaraswamy Government's decision to celebrate Tipu Jayanti. Interestingly, the JD(S) leader had accused Siddaramaiah of trying to reap political mileage out of the celebrations last year. Tipu Jayanti is set to be celebrated on November 10.

'Why are they celebrating Tipu Jayanti? If they are going to celebrate tyrants, then tomorrow they will celebrate Babar Jayanti, Gajini Mohommad Jayanti, Chengis Khan Jayanti and Bin Laden Jayanti too. Can we allow it to happen?', says Pratap Simha, Mysuru MP. One of the harshest critiques of the celebration, Uttara Kannada MP Ananth Kumar Hegde, has shot a letter alleging that despite widespread condemnation, the government is going ahead with the celebration purely for political gain.

The government in retaliation has accused the BJP of spreading communal hatred. The Chief Minister went as far as to say that the Bharatiya Janata Party will be held responsible for any violence that occurs during Tipu Jayanti. 'If you are objecting to the occasion being celebrated, you should stay at home. Why should you object? In our democracy, there are several communities. These communities are celebrating their personalities. Why are you objecting to such a celebration? There is no need to politicise the issue. I have participated in Tipu Jayanti several times in the past. It has nothing to do with being part of the government. I have told officials that if anyone is inciting violence or destroying property, then it will not be tolerated and stringent action will be initiated.' said Chief Minister Kumaraswamy.

So why has a celebrated ruler like Tipu Sultan become a point of debate in Karnataka? Experts and political pundits have been unanimous in accusing the JD(S), Congress and BJP of politicising the ruler and handling history in a dangerous manner. Historian Chandan Gowda says that while the legacy of the ruler has been terribly distorted, the Congress and JD(S) should have observed caution and taken protesting parties into confidence.

'A lot of discussion about historical figures is driven by political motivations in the present, which has always meant an extraordinary simplification of the past. One must understand the past in its own terms to understand what a ruler was thinking before he/she did anything. Many of our historical characters are multilayered and multidimensional and we have to be extremely openminded to understand how completely different they were. Tipu is absolutely adored in Mysuru. Even the Wodeyars who were unseated by his father have shown great respect to him. He, however, is known to have been cruel with regions that he tried to conquer like any other king at that time. Reading historical events from the point of view of addressing a wrong, to seek vengeance in the present, does involve, usually, a gross simplification of the complexity of the episode. If one bothers to do history, one will have to do very carefully.', says Prof Chandan Gowda, a historian with the Azim Premji University.

Another sociologist from Bengaluru who spoke on condition of anonymity had a different view. 'Tipu is being made out to be a hero or villain because we have defined heroes and villains. I would think we need to respect the sensitivities of people. If there are some who think they will be offended by Tipu being celebrated, we should not go ahead with the celebrations. We need to heal the wounds.' says the sociologist.

But of course, it boils down to what is at stake for the three major political parties of Karnataka - JD(S), Congress and BJP. 'The controversy surrounding Tipu Jayanti reflects the intense polarisation of Karnataka politics. Given the fact that you have a JD(S)-Congress govt in Karnataka, and these two parties have largely received the support of minority communities, it is but expected that these two parties focus on Tipu Jayanti. They are communicating with minority communities that their interests are secure. BJP has objected to such celebrations as being minority appeasement. Given the fact that these are consecutive election years, Tipu Jayanti has become a convenient platform to try and use the platform to serve their own partisan and political interests. In the process what all these three political parties don't seem to realise is that for short-term political gain, they are sacrificing long-term peace and harmony of the state.' says Sandeep Shastri, Political Analyst.

Tipu Sultan was an 18th-century ruler of Mysuru and is popularly known as the Tiger of Mysuru for fighting against the British. However, he has also been criticised for his repression of Hindus and Christians in territories that he sought to conquer, like the hill town of Kodagu in Karnataka. Numerous protest marches are being reported from across the state, particularly in Kodagu, in the run-up to the celebrations. 65000 police will be deployed including the Rapid Action Force in Karnataka for Tipu Jayanti this year. The government has also prohibited processions, in favour of or against, the erstwhile Mysuru ruler on November 10.