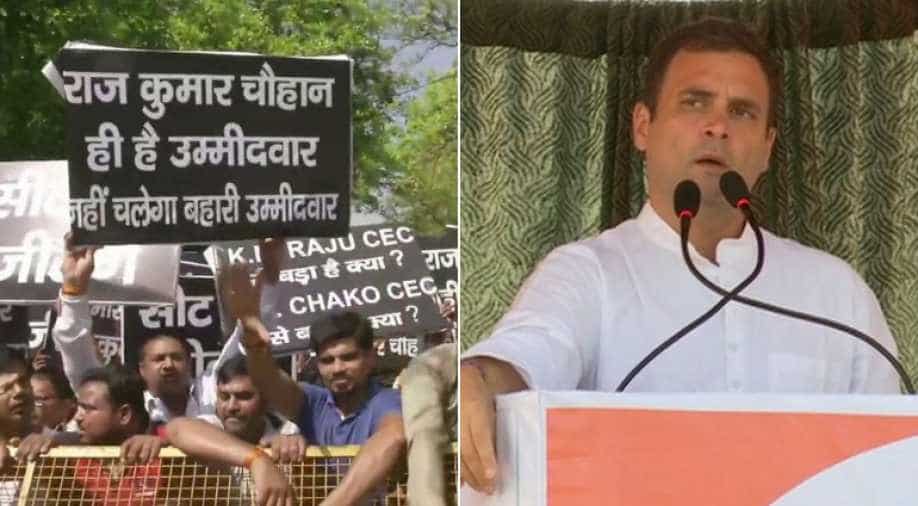 Supporters of Congress leader Raj Kumar Chauhan gathered outside the residence on party chief Rahul Gandhi on Sunday to express dissent over the party's alleged denial of a ticket to Chauhan to contest in the ongoing Lok Sabha polls.

The protests come after media reports suggested that Congress will give Chauhan's ticket to Delhi Congress working president Rajesh Lilothia to contest from North West Delhi.

However, Congress is yet to declare its candidates for the seven seats at stake in Delhi.

"Chauhan has gathered all the workers and was doing electioneering in full swing. They have informed voters that Chauhan will be contesting from their constituency. What will be done now? I do not understand why the party at the last minute has changed its decision," a protester told ANI.

"We will not going to work for any another candidate. We came to know that Rajesh Lilothia will be given his ticket. Lilothia does not stay here and has no connection with the place. We will only campaign for Chauhan and will not work for any other candidate," said another protester.

Delhi will go to polls on May 12, and counting of votes will take place on May 23.