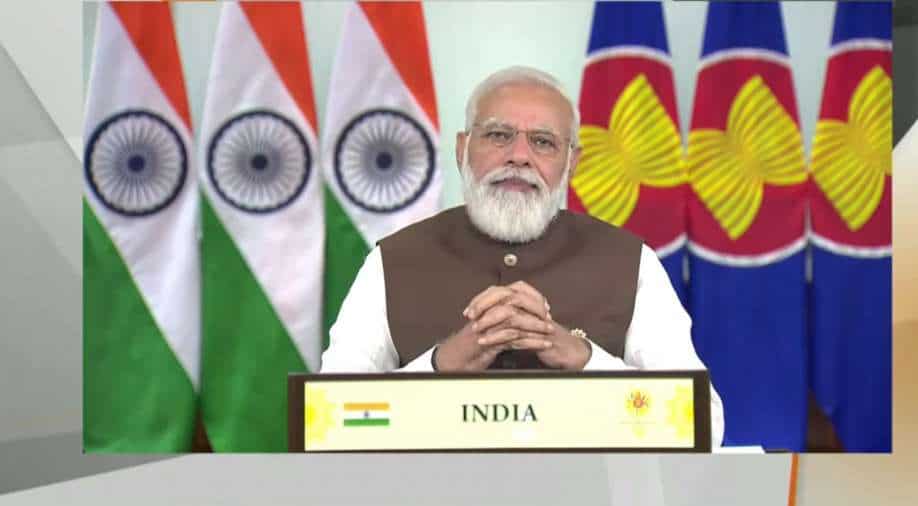 India’s Prime Minister Narendra Modi on Thursday addressed the 18th ASEAN-India Summit where he touched upon a range of key issues, including COVID-19 pandemic, South China Sea issue, and stressed how ASEAN members play an important role in India’s vision for the Indo-Pacific.

Addressing the leaders via video conferencing, Modi said, “In 2022, our partnership would complete 30 years. India will also complete 75 years of its Independence. I am delighted that we will celebrate this important milestone as ASEAN-India Friendship Year.”

Modi stressed that the unity and centrality of ASEAN has always been a priority for India.

“History is a witness that India and ASEAN have had lively relations for thousands of years. It is reflected in our shared values, traditions, languages, scriptures, architecture, culture, food. That is why the unity and centrality of ASEAN has always been a priority for India,” he said.

Commenting on the COVID-19 pandemic, he said, “Due to COVID19, all of us had to face a lot of challenges. This challenging time was also a test of the India-ASEAN friendship. Our mutual cooperation in COVID-19 era will keep strengthening our relations in the future and form a base for goodwill between our people.”

“We have the leaders adopted the joint statement and this joint statement charts the way forward for practical implementation of the convergence in a vision of Indo-Pacific. This is the objective to of course to ensure peace, prosperity and stability in the region.”

When she was asked whether issues like the South China Sea and Afghanistan were discussed, Das said, “The East Asia summit exchanged views on the regional and international seas. Highlighting the Afghanistan situation, PM (Modi) talked about the terrorism issue and called for a zero-tolerance to terrorism.”

She said a series of activities will be conducted to commemorate the 30 years of the ASEAN-India partnership.

“The leaders of India and ASEAN have declared the year 2022 as ASEAN-India Friendship Year as it marks 30 years of ASEAN-India partnership. A series of activities will be conducted around the year to commemorate this,” Das said.