Some powers were protecting me: Woman shares miraculous escape from Kamala Mills fire 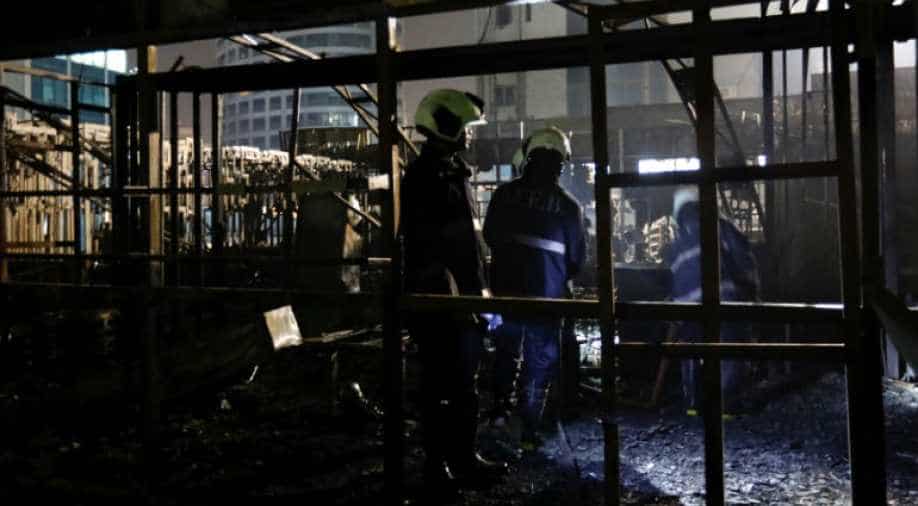 Firemen inspect the debris after a fire at a restaurant in Mumbai. Photograph:( Reuters )

Fire tore through a Mumbai building where a rooftop party was being held early on Friday, killing at least 14 people and leaving many injured.

The fire was reported at 12.30 am on Friday. One woman who said she was in the building at the time told of the desperate scenes as people tried to escape.

"There was a stampede and someone pushed me," Sulbha Arora said on Twitter. "People were running over me even as the ceiling above me was collapsing in flames. Still don't know how I got out alive. Some powers were definitely protecting me."

The blaze started just after midnight in a top floor restaurant in the centre of the city and quickly spread to two adjacent bars, destroying the entire building in 30 minutes.

Most of those who died were women at a party at the restaurant, Mumbai's disaster management authorities said.

Television footage showed fire engines and emergency teams rushing to the scene as the building was being consumed by flames and dark plumes of smoke rose into the night sky.

The post-mortem reports of those died in the blaze have revealed that suffocation was the cause behind all deaths.

Dr Rajesh Dere of King Edward Memorial (KEM) hospital who performed the post-mortems confirmed the cause of deaths.

Several media organisations also use the building and at least three national news channels were affected by the fire.