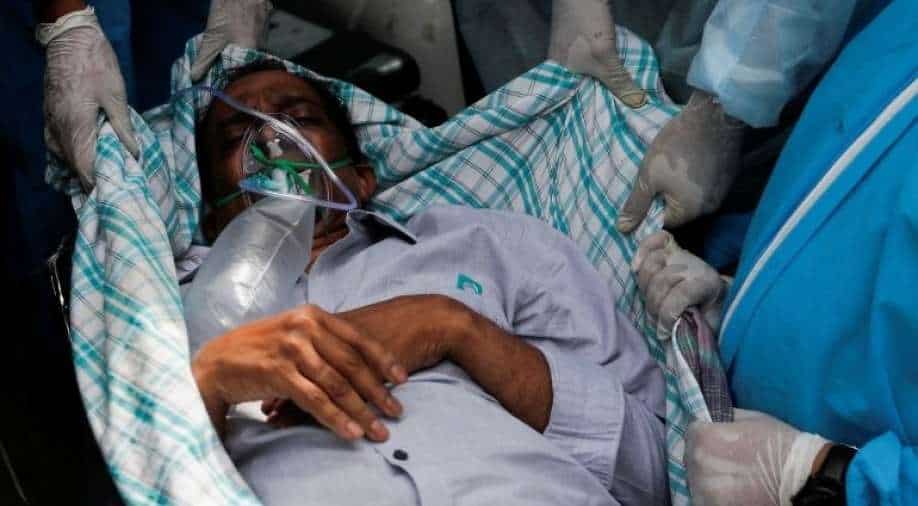 India's coronavirus situation is dire, with shortages of supplies that are crippling.

The country set a daily world record on new infections.

One out of three new infections worldwide and nearly one out of four deaths worldwide is from India.

How did the pandemic in India get out of control?

We expected a second surge, but not of this magnitude.

In February, India was reporting less than 10,000 cases in a day as new cases dropped to a nine-month low.

Health Minister Dr Harsh Vardhan said: "India is in the endgame of the pandemic".

So did the government of India declare victory too soon? Did experts predict such a surge? No, they did not.

Did we make it worse with mass, super spreader events? Yes, we did.

Could we have been better prepared? Of course, we could and should have been.

Governments, both at the centre and the state level, missed some obvious red flags.

The first one came six months ago, which should have provided enough time to prepare.

India first discovered the double mutant in October 2020, the variant that is said to be driving India's surge.

Earlier this month, the double mutant was found in 61 per cent of the samples in Maharashtra, the state that is the biggest hotspot in India right now.

The double mutant has become a variant of global concern.

It has spread to at least 17 countries with the latest case being witnessed in France.

When a new variant is found, it means the virus is changing shape in order to keep spreading among people.

When India found this new variant, it should've got its guard up.

But, the warnings were ignored.

A government committee had raised an alarm last month.

The National COVID-19 Supermodel Committee predicts how the virus will behave in the future by extrapolating the available data.

The head of its panel spoke to an Indian newspaper in March, saying that by March 8 and 9, it was clear that India was witnessing a second wave, especially in states like Maharashtra, Kerala and Chhattisgarh.

At this point, governments across the board should have acted with urgency.

They should have expanded their capacities, instead, they went in the opposite direction.

An estimate suggests that these facilities fell by six per cent between December 2020 and April 2021.

Even the proposal to add more oxygen plants was caught in a bureaucratic tangle.

In October last year, the Indian government invited tenders to set up 162 new oxygen plants around the country.

They even sanctioned money for the project, but it moved slowly.

By April, only 33 of these plants had been installed.

The gap has resulted in a crisis with lives being lost due to oxygen shortage.

When the situation spiralled out of control, the system swung into action.

As many as 59 new plants were to be installed by the end of this month and as per the new target, 80 more oxygen plants will be added by May.

It has been four months and the standalone numbers are good.

But if you look at the big picture, India hasn't been able to cover even 10 per cent of its population.

The population is huge and so India's vaccination drive should have been more aggressive.

So far, only two per cent of Indians have been fully vaccinated.

There is enough proof that vaccines bring down the caseload, reduce the risk of hospitalisation and death.

In the southern state of Karnataka, 30 per cent of the people who died due to the Wuhan virus had no co-morbidity.

They didn't suffer from any serious ailments and were healthy individuals.

To sum up, India is as much a victim of lapses as an unpredictable and deadly virus.

Unfortunately, hindsight can only give us lessons for the future: not undo the death and devastation of the past.