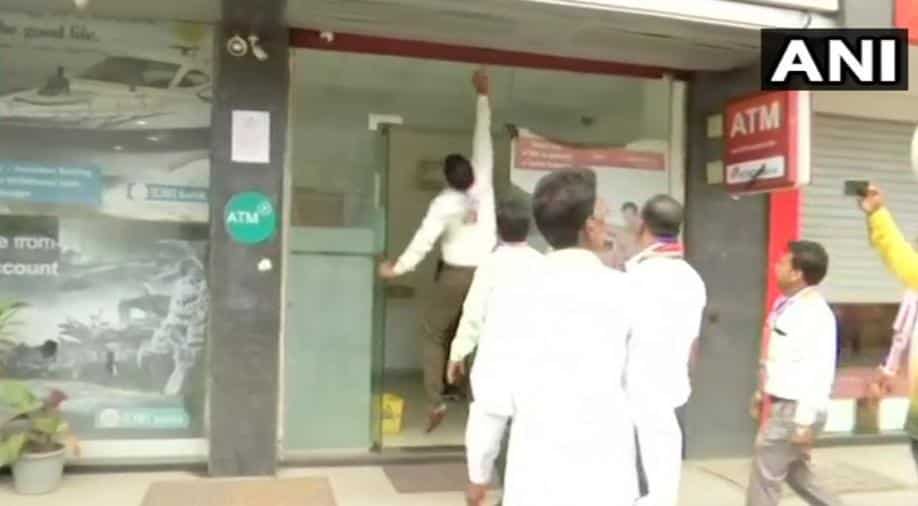 The strike is expected to continue on Wednesday as talks between the undertaking's management and striking workers failed, even as a Shiv Sena-affiliated union in the transport body said its members had withdrawn from the stir

Over 32,000 employees of Mumbai's civic transport undertaking went on an indefinite strike on Tuesday in support of various demands, including higher salaries.

The strike is expected to continue on Wednesday as talks between the undertaking's management and striking workers failed, even as a Shiv Sena-affiliated union in the transport body said its members had withdrawn from the stir.

The state government quickly moved to invoke the Maharashtra Essential Services Maintenance Act (MESMA) against the striking employees of the Brihanmumbai Electricity Supply and Transport (BEST), while its management asked them to end the stir and come to the negotiating table.

The employees are demanding higher pay, merging budget of the loss-making transport undertaking with that of the Brihanmumbai Municipal Corporation (BMC), deliberations on new wage agreement, resuming appointments on compassionate grounds and a bonus equivalent to that of the civic body's employees.

The protest by BEST employees coincided with the two-day nationwide bank strike called by trade unions to protest the government's "anti-worker" policies and labour reforms.

Some commuters complained that autorickshaw drivers were trying to take advantage of the situation and charging five times more than the normal rates.

BEST General Manager Surendra Kumar Bagde said considering the hardships faced by lakhs of Mumbaikars, the MESMA has been invoked though no disciplinary action has been initiated against the striking staffers yet.

The act empowers authorities to take strong action, like detention, against the workers of services covered under the legislation, if they go on a strike.

"Honourable industrial court has declared this strike as illegal. Therefore, first they put an end to the strike and come and talk to us. We are here to have a dialogue considering them as our family members," Bagde told reporters.

He said the BEST administration wants a long term solution to the grievances of employees.

"Therefore, it wants to discuss a comprehensive proposal with them which also deals with the revival of our loss-making entity," Bagde said.

"We are ready to hear them, but they should also listen to us. After all, a revival plan has been chalked out which is essential for the betterment of this body," he said.
Bagde said the BEST administration has given an affidavit in the court stating that not a single employee will be retrenched.

"Then why they are on strike on imaginary ground?" he asked.

He said BEST was under tremendous financial pressure and its working capital deficit stood at nearly 180 crore.

Asked about the demand for BEST-BMC budget merger, Bagde said, "The BMC is open to discuss all issues, including the merger.

"But it (merger) require lots of procedures, conditions, restructuring and a roadmap etc. We need to follow these procedures," he said.