Seizure of power by violence can't be legitimised: India on worsening situation in Afghanistan 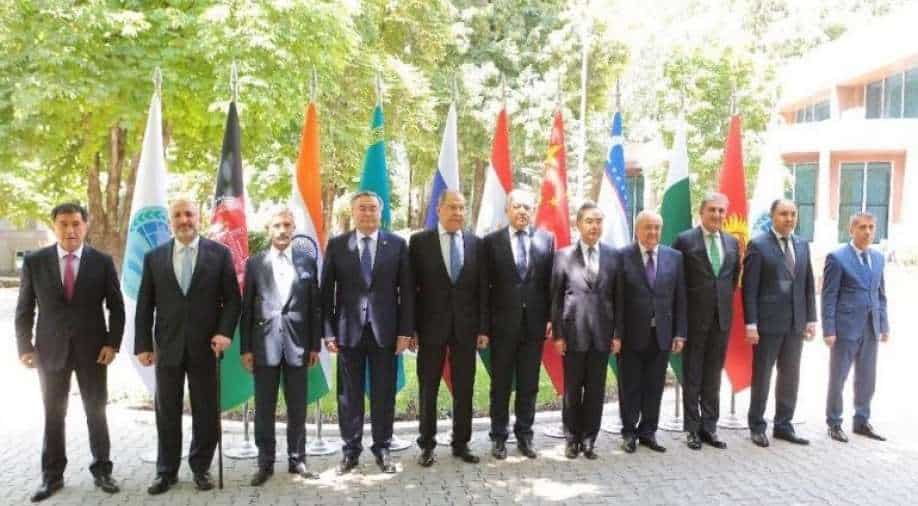 Taliban has captured the crucial Spin Boldak crossing with Pakistan

Even as the situation in Afghanistan deteriorates as the Taliban makes territorial gains, India's External Affairs Minister Subrahmanyam Jaishankar has said a seizure of power by violence cannot be legitimised.

Speaking at the Shanghai Cooperation Organisation-Afghanistan contact group meeting, Jaishankar said, "The challenge is to act seriously and sincerely on these beliefs. Because there are forces at work with a very different agenda."

"The world is against seizure of power by violence and force. It will not legitimise such actions" he added.

The situation in Afghanistan remains precarious. Earlier today, it emerged that the Taliban has captured the crucial Spin Boldak crossing with Pakistan. Fall of Spin Boldak is seen as symbolic in terms of the Taliban's gains.

Taliban officials said on Friday the Sunni Muslim insurgent group had taken control of 85 per cent of territory in Afghanistan, as the United States and others withdrew the bulk of their troops after 20 years of fighting.

Calling for "peace negotiations in earnest" as the "only answer", Jaishankar pointed to an "acceptable compromise that reflects Doha process, Moscow format and Istanbul process is essential".

He said, "future of Afghanistan cannot be its past" and a "whole new generation has different expectations" which "should not let them down".

In a few days' time, Chairman of the High Council for National Reconciliation Abdullah Abdullah and former Afghan president Hamid Karzai will be travelling to Doha, Qatar for talks with the Taliban. Previous rounds of Afghan government-Taliban talks, known as intra-Afghan talks, have been inconclusive.

At the meet in Dushanbe, which saw Afghanistan being represented by Afghan FM Hanif Atmar, India called for "independent, neutral, unified, peaceful, democratic and prosperous nation".

On Tuesday, Jaishankar and Afghan FM Atmar had held talks in which the latter lauds India's role in building regional consensus on Afghan peace process.