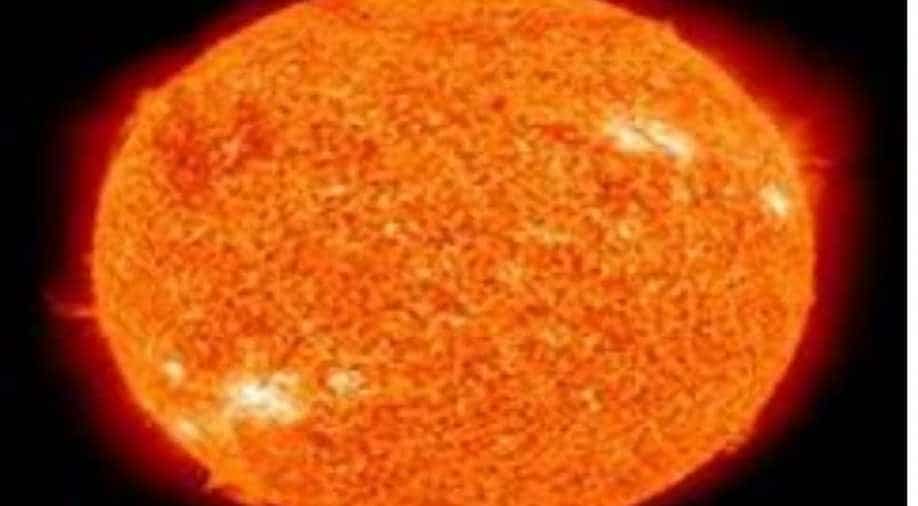 Individually these explosions are too weak, but collectively they have sufficient energy to heat the entire corona due to sheer numbers.

A group of scientists working at the National Centre for Radio Astrophysics (NCRA), Pune, have recently discovered tiny flashes of radio light from all over the Sun.

This work was led by Surajit Mondal, a PhD student working under the supervision of Professor Divya Oberoi, a faculty member at NCRA, along with Dr. Atul Mohan, his former student at NCRA, now at the Rosseland Centre for Solar Physics, Norway.

They have identified smoking guns for these small magnetic explosions and hence the first-ever evidence for their existence in explaining the long-pending coronal heating problem.

In their journey to unravel this mystery, scientists have already figured out that the extra energy heating up the corona must be coming from the magnetic fields of the Sun; but the methodology is not known yet.

The strength of the magnetic fields vary a lot from one place on the surface of the Sun to another, by more than a factor of 1,000, but the corona is hot everywhere.

So, this heating process has to work all over the corona, even in regions of weak magnetic fields. Until now the process of how this magnetic energy is deposited in the corona had remained a mystery.

"What made this breakthrough possible is the availability of data from a new technology instrument, the Murchison Widefield Array (MWA), and the work which we have been doing for the past few years at NCRA to build the techniques and tools to make the most sensitive solar radio images from this data. The very weak radio flashes we have discovered are about 100 times weaker than the weakest bursts reported till now," said Professor Oberoi.

Surajit Mondal, the lead author of this work said, "What makes this really exciting is that these flashes are present everywhere on the Sun and at all times, including in the regions of weak magnetic fields, the so-called `quiet Sun` regions."

"Our preliminary estimates suggest that these tiny magnetic explosions should collectively have enough energy to heat the corona, which is exactly what is needed for solving the coronal heating problem," Dr. Mohan added.

"With this work, we have the strongest evidence till date that these tiny explosions, originally referred to as nanoflares in Professor Parker`s theory in 1988, can indeed be heating up the corona. It is just that they have turned out to be more than 1,000 times weaker than his prediction and it took us a long time to find them. This is an excellent example of how progress in technology enables progress in science," concluded Professor Oberoi.

The Sun is the brightest object in the sky and has been studied for hundreds of years. But it continues to hide some secrets which scientists from across the world are working hard to unlock. We all know that the visible Sun is extremely hot, at a temperature of about 5,500 degrees Celsius.

Surprisingly, on top of this sits a layer of gas which is at a temperature of almost two million degrees, over 300 times hotter than the surface of the Sun! We can get a glimpse of this layer of the gas during a total solar eclipse, called the corona because it looks like a crown.

What heats up the corona to two million degrees is one of the most challenging puzzles about the Sun and a reasonable answer has not been found till date.It is a fact that as we get closer to a source of heat, it becomes hotter. On the Sun, the source of heat is deep inside it. So, how is it that on top of the very hot surface of the Sun, there is a layer which is 300 times hotter? One efficient way of extracting this energy from the magnetic fields involves numerous tiny explosions taking place all over the Sun, all the time.

Individually these explosions are too weak, but collectively they have sufficient energy to heat the entire corona due to sheer numbers. Many attempts have been made to look for X-rays and ultraviolet light emitted by these explosions but none have been successful.It was concluded that if they exist, these tiny explosions were too weak to be detected by even the best instruments available today. These explosions are also expected to give rise to tiny flashes of radio lights, but till now there were no telescopes sensitive enough to detect them.