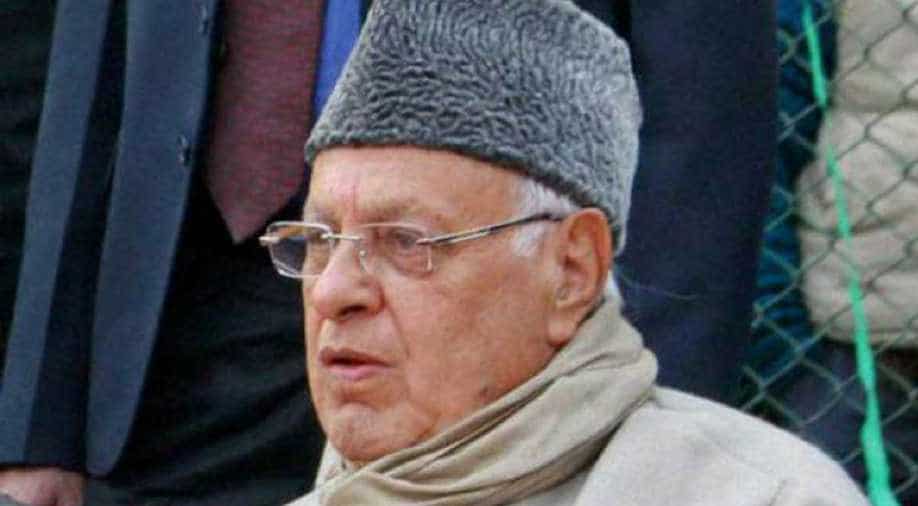 Abdullah further revealed that he requested Sajjad's father to drop the idea but it all went in vain.

Abdullah further revealed that he requested Sajjad's father to drop the idea but it all went in vain."His (Sajjad Lone's) father came to me when (then Jammu and Kashmir Governor) Jagmohan dismissed me (in 1984). He (Abdul Ghani) said 'I am going to Pakistan, I am going to get the gun'," said Farooq Abdullah during a media interaction on Sunday.

"With folded hands, I told him not to get the gun here. I told him our jawans will be killed, our homes, our villages, our cities will be destroyed, don't bring the gun. But he brought the gun. When he came back, he apologised to me saying he did a mistake and (he should) not have brought the gun."

While talking about his party's support to the People's Democratic Party (PDP) of Mehbooba Mufti to form the government in the state, the former chief minister said that the support was extended only to save the Article 35A and Article 370 of the Indian Constitution.

"We didn't want to form the government because we wanted to enjoy power, but we wanted to protect all that which the Governor is doing now. We wanted to defend Article 35A. The government would not have sustained for long. It was to be toppled one day and elections had to be held," Abdullah said.

"PDP, NC, and Congress have different paths but we came together. Why? You see the condition in which J&K Bank is today. It would never have been the case had our government been there. We also want to save Article 35A and Article 370," he added.