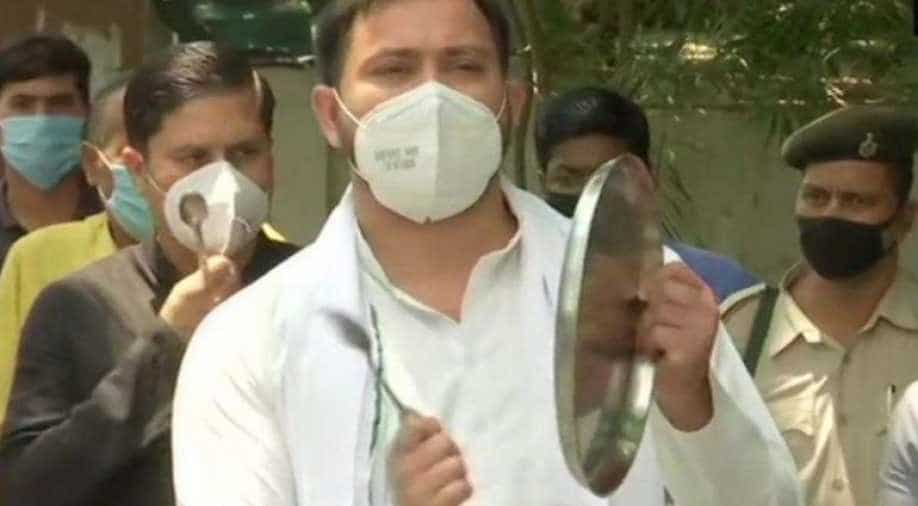 "Not only RJD but Bihar's labourers, farmers, unemployed people and others are clanging utensils in protest. The double engine government has tortured them mentally, physically and financially. We believe that poor people are an empty stomach, people are dying of hunger because of the governments," said Yadav.

RJD believes that BJP is the country's first such party who will celebrate the death of the poor. Seven crore youth in Bihar are unemployed," said Yadav.

"I want to ask Amit Shah and Nitish Kumar, are Bihar's migrants and poor being treated as thieves if they want to return to their homes. They are facing physical torture and financial constrain. Who is responsible for this situation? Nitish Kumar should at least apologise to Bihar's labourers and poor people. If he can't respect poor people, he should not disrespect them either," he added.