Ramdev Calls for boycott of Chinese goods, says Patanjali brand will lead by 2020-21 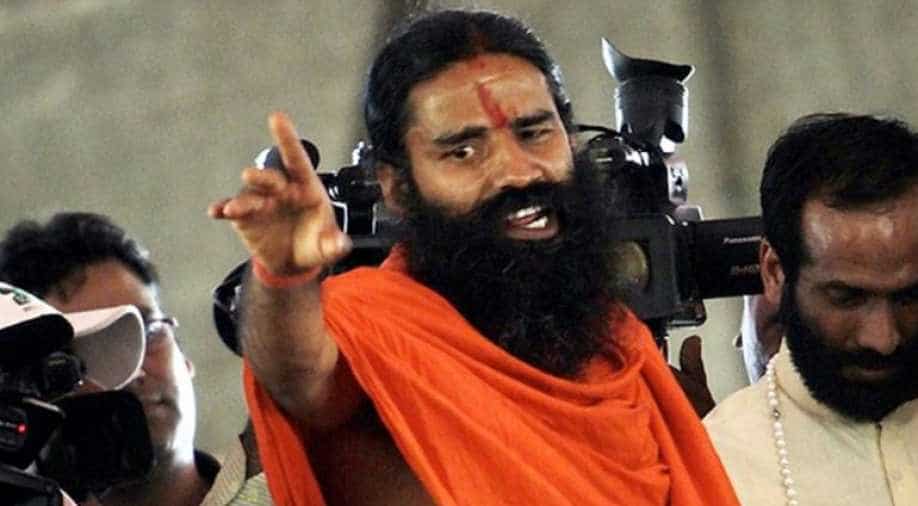 Yog Guru Swami Ramdev has claimed that by 2018-19 his consumer goods (FMCG) company, Patanjali will overtake Unilever and others.

In an interview with Rajat Sharma, he said that in the next two years Patanjali will create Rs one lakh crore production capacity. He also talked about his new facilities that will be coming up in Noida, Nagpur, Indore and Andhra Pradesh, Firstpost reported.

He has also requested the finance minister Arun Jaitley to reduce the Goods and Services Tax on Cow ghee and butter.

The taxes on ghee and butter have been increased from 5 to 12 per cent after the rollout of GST.

Yog Guru has also asked the people in India to boycott Chinese and other foreign goods.

However, at the same time, he has asked for promoting Indian goods to China and other foreign countries.

Ramdev has added that his company will not be exploiting the poor countries like Bangladesh, Nepal, Pakistan and African countries and assured that whatever profit they earn from these poor countries will be reinvested there.

Yog Guru also cleared that Patanjali was just not a Hindu company.Hitting out to such charges he said that such comments will just sow seeds of hatred.

He also mentioned that he has full support for Hamdard and Himalaya drug company.

Citing Quran he said that it is written in Quran that cow urine can be used for treatment, Firstpost reported.

Talking about who he plans to carry forward his legacy, Ramdev Baba said that his successor will be a group of nearly 500 sadhus trained by him.

He has refused to take advantage of his political connections for his business expansion.