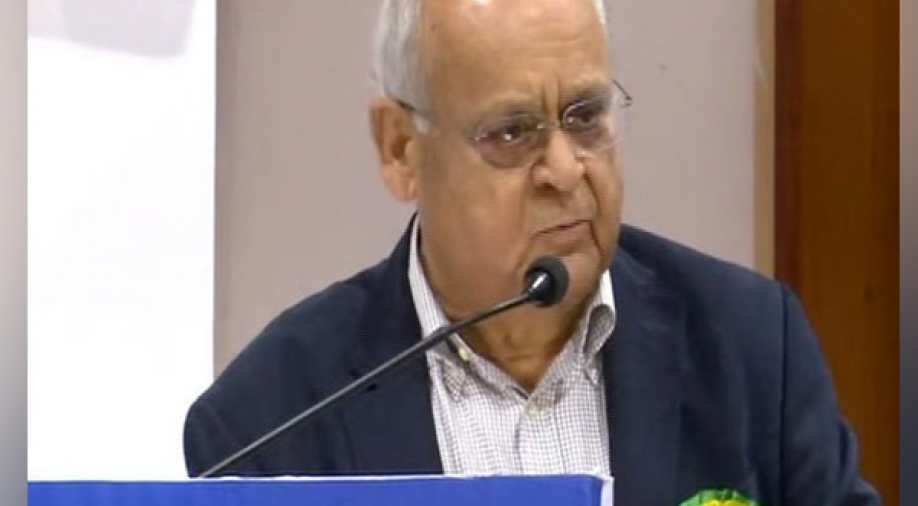 Sood called for the establishment of an institution to 'deeply analyse the wrong moves taken by India in the past.'

Referring to the ghastly terror attack on CRPF convoy in J&K’s Pulwama district on Thursday which left 40 jawans killed and many others injured, former RAW chief Vikram Sood on Sunday said that such kind of terror attack “does not take place without a security lapse somewhere.”

Talking to media persons on the sidelines of an event here, Sood said, “I have no idea what actually went wrong, but this kind of incident does not take place without a security lapse somewhere.”

“What actually happened, I don’t know. Obviously, there was just more than one man involved. There would have been the guy who brought the explosives. Someone put it together. Somebody got the car. They have knowledge about the vehicles’ movement.”

“They knew the spot where they are going to do it. There must have been a group of people who did it and this person who did the bomb(ing), (was) selected, motivated to do it. It is too early to conclude—A went or B went wrong,” he said.

On the possible action, he said, “It’s not a boxing match. You do a reaction like the PM said you do it at your convenience, at your own time and place of your choice. It doesn’t happen tomorrow or today.”

Talking about the issue of Kashmir, the former RAW chief said, “First of all, we have to be consistent with what we do. Secondly, it should be an Indian approach and not a party approach.”

Earlier speaking at the event, Sood called for the establishment of an institution to “deeply analyse the wrong moves taken by India in the past.”

“There has to be a system where you can honestly do research on why things went wrong. We are known for our failures. But we don’t mind that because this helps us to preserve what we have done in the past,” said he.

Former chief of Research & Analysis Wing (RAW) went on to add, “If someone has legal empowerment of the agency which includes accountability, then it is a fair game. But if you have only accountability, then that organisation will collapse. We cannot just have it one way.”

Highlighting the role of technology in the World War II, Cold War era and the rapid progress of globalisation, Sood said, “In the ’90s, the Internet became active and was touted to be a new weapon of war of intelligence and counterintelligence.”

“The 21st century has seen a rapid rise of globalisation and technology and until today mankind does not know that when technology will become overpowering. It is already a huge issue that we don’t know where it will lead us in the future,” he said.

Touching upon the topics of radicalism, Sood said, “The printed gun and other things have emerged because of the rise of powers like China and rise of Islamic radicalism from the west of our borders.”

“The west of Indian borders is all infected with various hues of Islamic fundamentalism, radicalism. It is going to be a problem for everybody including the moderates of the Islamic world,” he said.

The former RAW chief said that Russia was again emerging as a superpower. “During the Cold War, Americans had 65 allies who were dictators. When the Cold War ended, the Soviets were defeated in Afghanistan, and the Berlin Wall came down.”

“Mind you, at that time, the Soviet Union had ended but not Russia. The Soviet Union was an ideology and Russia was a nation. This nation will not come down. They are emerging again,” he said.

“The Americans had supported Jihadis and they never imagined the kind of monster they were about to create. They thought that a few agitated Muslims do not matter in the world when the aim is to make Europe safe from the Soviet Union. And now, those agitated Muslims are asking for the caliphates all over the world,” he said.

“America controls six per cent of the total population but 50 per cent of wealth and they would like to keep it that way. To hell with the democracy and to hell with the human rights is that what their policy has been,” Sood further said.

The former RAW chief said, “The world we are living in today is a massive global churn. Now if you imagine that you unstrip the globe and flatten it on the top of the table, you will find that in every corner of the earth there is a fire.”

“There are new powers who want to be the masters. Old powers do not want to leave. And India too needs a place under the sun, but we are not going to get it easily.