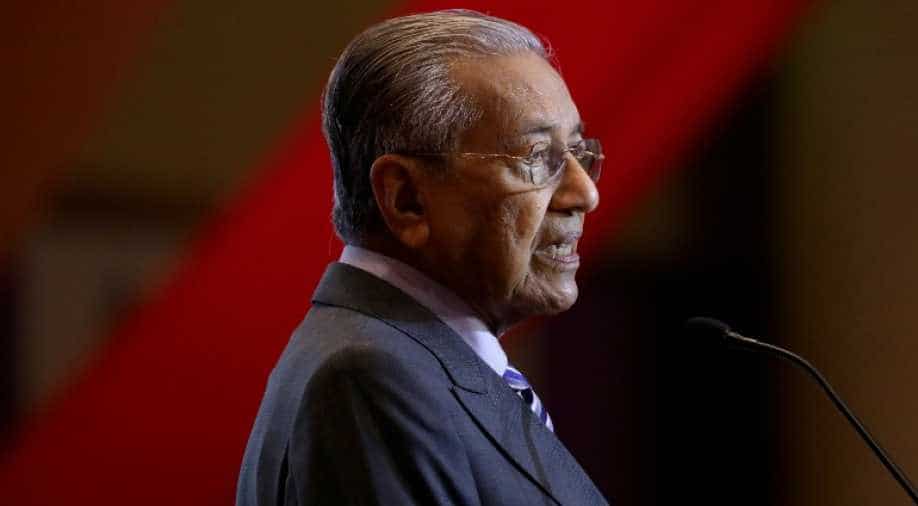 Malaysian PM has reacted over India's CAA law twice in the past.

The Ministry of External Affairs on Saturday summoned the Malaysian Charge d’Affaires to lodge a solemn protest over the remarks made by Malaysian Prime Minister Mahathir Bin Mohamad over the Citizenship Amendment Act, news agency ANI reported quoting government sources.

"It was conveyed that such remarks are neither in keeping with the accepted diplomatic practice of non-interference in each other's internal affairs nor with the state of our bilateral relations," government sources said on the matter.

"It was also conveyed that such remarks are both ill-informed and insensitive. Malaysia was asked to take a long-term and strategic view of the bilateral relations," sources added.

India has slammed Malaysian PM for his comments on the Citizenship Amendment Act.

Government Sources: The Malaysian Charge d’Affaires was summoned to the Ministry of External Affairs (MEA) today, in order to lodge a solemn protest over the remarks made by the Malaysian PM in Kuala Lumpur today at the press briefing. (1/3)

The ministry of external affairs in a release said, "Prime Minister of Malaysia’s comment is factually inaccurate" and New Delhi "calls upon Malaysia to refrain from commenting on internal developments in India, especially without a right understanding of the facts."

Malaysian PM has reacted over India's CAA law twice in the past.

On Saturday morning Mohamad again commented on the law saying it is unfortunate and "to exclude Muslims from becoming citizens even by due process is unfair. Have voiced our disagreement".

Mahathir was among the few global leaders, along with Turkey's President Erdoğan who were critical of New Delhi after it removed the special status for the erstwhile state of Jammu and Kashmir.