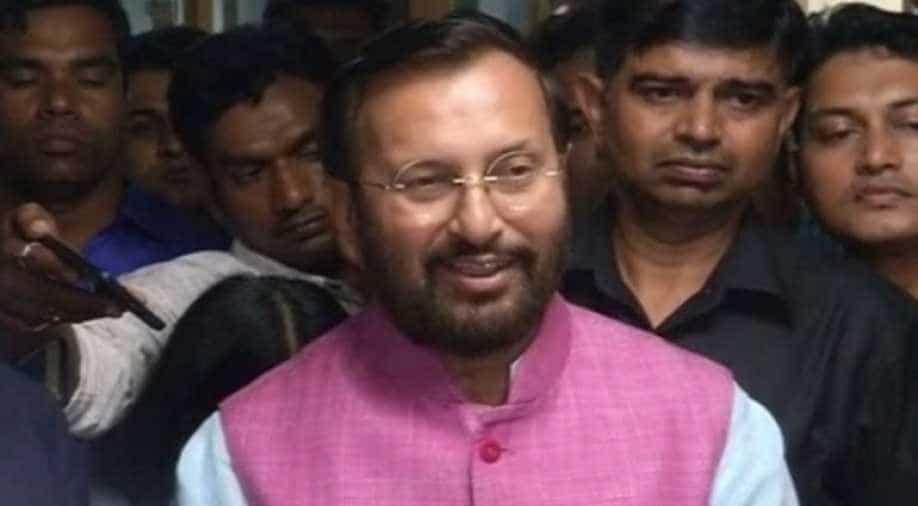 Talking about air pollution in the national capital, Javadekar said that the central government has taken several key decisions in the matter.

Union Minister Prakash Javadekar on Wednesday took additional charge of Heavy Industries and Public Enterprises Ministry and hoped that this arrangement is for a "temporary period".

"I have assumed charge of Heavy industries and related ministries, I hope for a temporary period because there will be a regular arrangement thereafter. I have resumed charge and will start functioning right away," the Union Minister told media persons.

Javadekar, who is already heading two other ministries -- Information and Broadcasting, and Environment, Forest and Climate Change, was given the additional charge after Shiv Sena MP Arvind Sawant vacated the post citing moral grounds.

Talking about air pollution in the national capital, Javadekar said that the central government has taken several key decisions in the matter.

"When we talk about air pollution in Delhi, we have to consider its geographic condition. There is little to no wind. The air quality tumbles when that happens. Modi government has taken many big decisions pertaining to vehicular pollution and their effects are visible," he said.

"We have also taken several steps to stop the dust pollution in the city. 50 teams of CPCB have been set up and they are going to several places in the city to take stock of the situation. I will also do the same, actions will be taken accordingly," Javadekar said.

The union minister also said that the center has started a consultation with the five neighbouring states to find a solution for the air pollution in the national capital.

"This year, very few firecrackers were burst in Delhi. I congratulate the people for that. New technology is coming, so farmers will not resort to burning stubble. I believe the practice will see a huge decline from next year. Instead of blaming each other, we all have to come together to find a solution," he added.