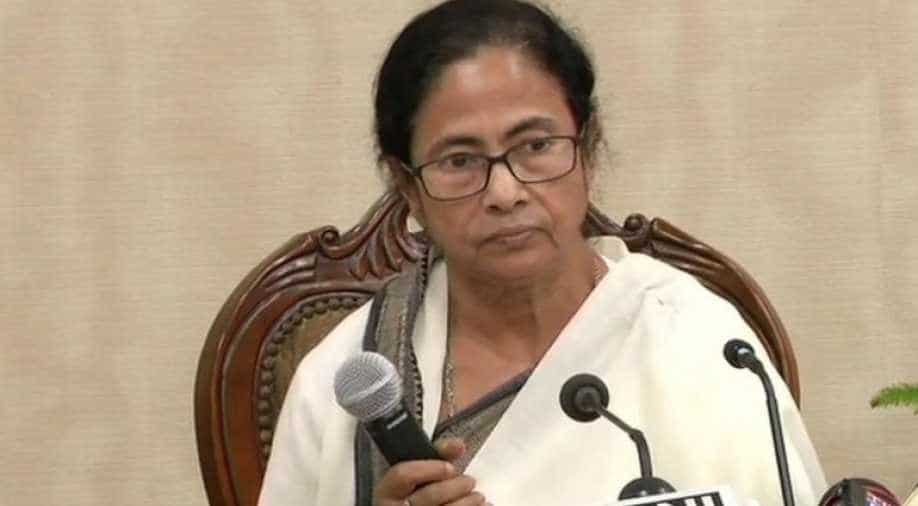 The All India Trinamool Congress party took to its twitter handle and shared a picture featuring Banerjee with mention of her reaction on the poll results.

After the Trinamool Congress (TMC) won the Kaliaganj Assembly by-polls and is currently leading in on rest of the two seats, Chief Minister Mamata Banerjee said politics of arrogance won`t work, people have rejected the Bharatiya Janata Party (BJP).

The All India Trinamool Congress party took to its twitter handle and shared a picture featuring Banerjee with mention of her reaction on the poll results.

"West Bengal Chief Minister Mamata Banerjee on TMC winning 1 and currently leading on rest of the 2 seats in the by-elections: This is a victory of people. This is a victory of development. Politics of arrogance will not work. People have rejected the BJP," All India Trinamool Congress tweeted.

"This is the first time we are winning in Kharagpur and Kaliaganj. Minorities, Adivasis, Rajbanshi--everyone has voted for us. Courtesy is the culture of Bengal," All India Trinamool Congress added.

TMC candidate Tapan Deb Singha on Thursday registered a win from Kaliaganj assembly by-election with a margin of over 2,000 votes.

Pithoragarh in Uttarakhand and Kaliaganj (SC), Karimpur and Kharagpur Sadar in West Bengal went to by-elections on November 25.

The Gazette Notification for these polls was issued on October 30 and the last date for filing nominations was November 6.

In West Bengal, these are the first polls after the 2019 Lok Sabha elections in which BJP had won 18 out of the 42 seats.