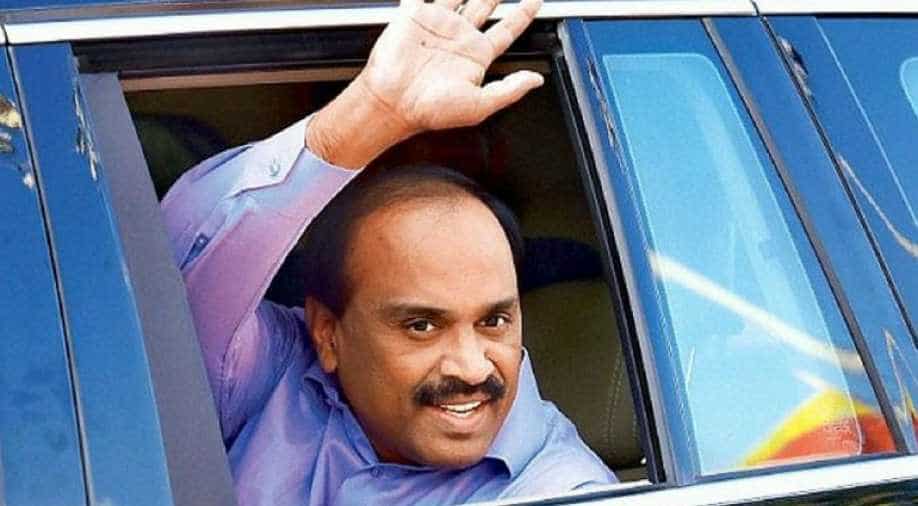 Ballari-based mining baron and former Karnataka minister G Janardhan Reddy was absconding as police were on the look out for him in connection with a money transaction worth crores of rupees allegedly linked to a ponzi scheme, top officials said Wednesday.

The Central Crime Branch police here is also hunting for Reddy's close aide Ali Khan, who allegedly struck a Rs 20 crore deal with Syed Ahmed Fareed of Ambidant Marketing pvt Ltd, a company accused of involvement in the ponzi scheme, to bail him out from Enforcement Directorate investigation.

Bengaluru Police Commissioner T Suneel Kumar said Reddy was absconding and police were looking for him to question him in connection with the case.

"Based on the information gathered the investigation is going on further...CCB is after Ali Khan and Janardhan Reddy," he told reporters.

He also said teams of CCB had gone to various places, but declined to divulge more details.

The development comes a day after Reddy's close confidant Sriramulu's sister J Shantha, a BJP candidate, lost in the by-polls from Ballari Lok Sabha constituency, considered a strong hold of the Reddy brothers.

The Congress won the seat breaking BJP's grip over Ballari since 2004.

However, Additional Commissioner of Police (Crime) Alok Kumar said there was no political connection to the probe.

He said his team had been working on the case for the last 20 days, but waited till November 3 for the bypolls to be over for further action, so that it was not politicised.

Reddy, a Minister during the previous BJP rule, had been arrested by the CBI in 2011 over alleged multi-crore illegal mining scam and granted bail three years later.