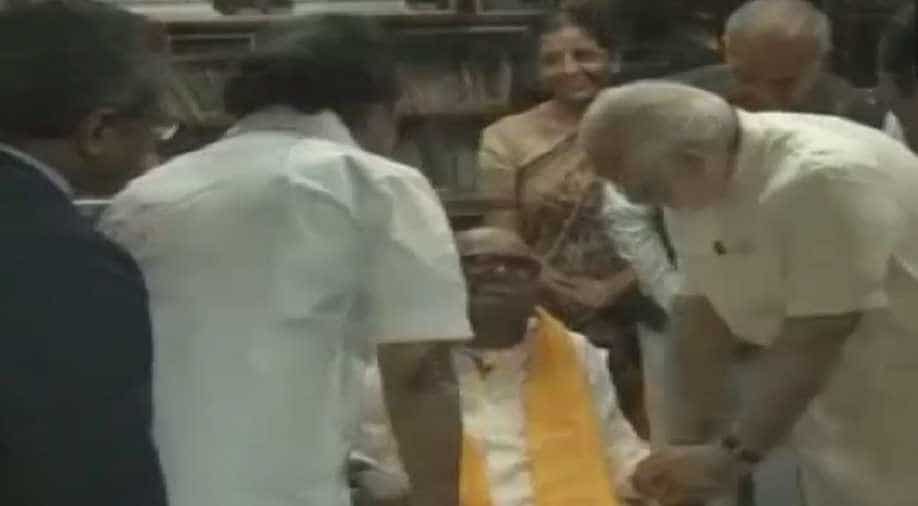 The meeting between the two leaders lasted about 20 minutes. Modi sat next to Karunanidhi and held his hands.

Earlier, DMK Working President and Karunanidhi's son, M K Stalin, welcomed the Prime Minister at the gate and honoured him with a red shawl.

DMK leaders including Kanimozhi, who is the daughter of Karunanidhi, were also present.

Later, the wheelchair-bound Karunanidhi made a brief appearance outside and waved at his supporters who cheered him.

Karunanidhi, who was taken ill in October 2016 due to a drug-induced allergy, was twice admitted to a private hospital in December last.

Karunanidhi has been since confined to his house, but made one rare appearance on October 19 this year when he visited an exhibition here held to showcase the 75-year journey of DMK's mouthpiece, 'Murasoli'.

Congress vice-president Rahul Gandhi had called on the nonagenarian DMK patriarch at his residence in December, 2016.