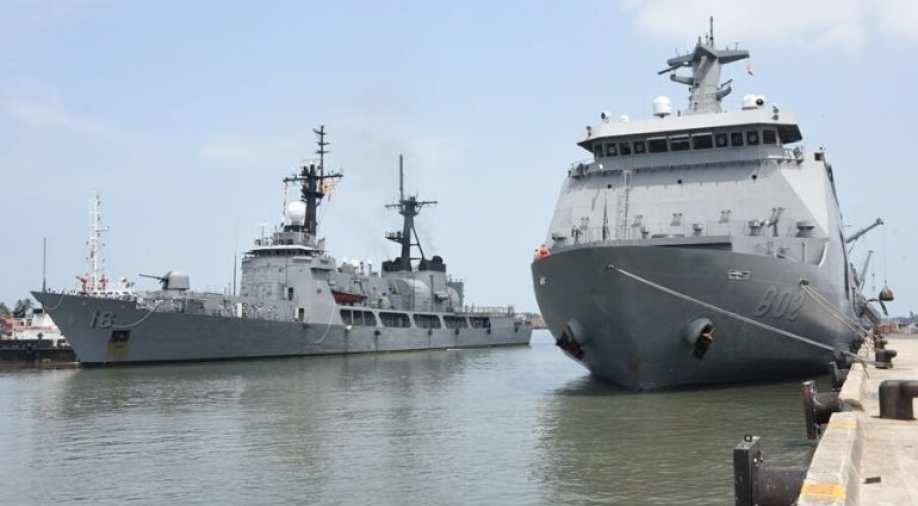 Indian Navy ship not only repaired the ship free of cost at Navy Shipyard in Kochi but took care of the both personnel from Philippines Navy in Indian hospitals.

Philippines Navy Chief Giovanni Carlo J. Bacordo has expressed gratitude to the Indian Navy for its "invaluable assistance" for helping out one of its navy ship after a fire broke out in engine room which injured two Philippines navy personnel.

Fire had broken in Philippines' ship BRP Ramon Alcaraz on May 7 which gravely injured two of its navy personnel with a second-degree burn.

Indian Navy ship not only repaired the ship free of cost at Navy Shipyard in Kochi but took care of the both the personnel in Indian hospitals.

The two Filipino Navy personnel were rushed to INHS Sanjivani Naval Hospital, Kochi for immediate treatment. One of them was later taken to Bangalore hospitals where he is still recuperating.

The Philippine Navy chief Rear Admiral Giovanni Carlo J. Bacordo in a letter to Navy chief Admiral Karambir Singh said,"your support in this unfortunate accident is way beyond our expectations and it is a testament of your sincerity in deepening our Navy to Navy partnership. Rest assured that the Philippine Navy remains committed to this Partnership"

Adding,"We hope to expand this relationship as we seek better ways to make our seas safer and more secure for everyone...fervent wishes for your continuing success in leading the Indian Navy's sustained resolve to be a global maritime force".

When the fire broke last month, the ship contacted the Philippines Defence Attache Colonel Ronaldo V Juan in Delhi who reached out to Navy headquarters and thereafter the Southern Naval command immediately sprung into action. Two Indian Navy ships were dispatched to escort the Philippines ship at the high seas and it was later repaired in Kochi with all locally sourced items.

Philippines envoy to India Ramon S Bagatsing Jr. told WION, "We are extremely grateful for the support by the Indian navy to the Philippines Navy ships and the personnel in terms of providing us approval to dock and to board stranded Philippines & fire incident happened in one of the ships. Indian navy took care of repairs at its expense, but also took care of the physical aspect of taking care of 2 Philipino navy men and brought them to hospitals.So we are extremely grateful for what they have done for us."

Elaborating," Moving forward we look for stronger relations between our 2 countries, more specifically in the field humanitarian services within our armed forces" .

The Philipines Navy ship left after 20 days on May 27. The damage happened to its main propulsion, auxiliary systems and Generators which the Indian Navy helped repair.

It is interesting to know, A team of four officials from the Philippine Embassy in New Delhi, led by Philippines Defence attache, Philippines Trade attache Eugenio Elevado had travelled all the way to Kochi by road amidst countrywide lockdown to oversee the repair and recuperation of navy personnel.