Our ties with New Delhi second to none: Russian envoy to India 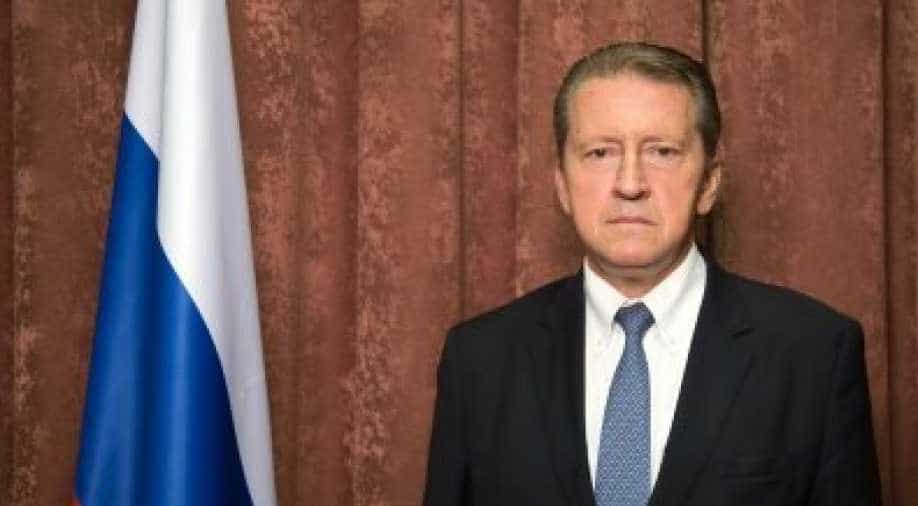 Speaking to WION, Nikolay Kudashev said, 'Our relationship with India is second to none. This is a relationship which is a privileged strategic partnership.'

Speaking to WION, Kudashev said, "Our relationship with India is second to none. This is a relationship which is a privileged strategic partnership."

"We supply topmost technology and weapons, committed to Indian industries like nuclear," he added.

The comments come days before Russian foreign minister Sergey Lavrov's India visit next week. PM Modi will travel to Russia in May and a return visit by Russian President Vladimir Putin can be expected towards the end of the year.

On Kashmir, he reiterated his government's stand saying, "Kashmir is an internal matter of India, it belongs to the constitutional space of India. We always consider the internal affairs of your country."

When asked about the envoy's recent visit to the union territory of Jammu and Kashmir, Kudashev said, while he hasn't received an "official invitation" but "as far as India inviting other envoys are concerned, it is a sovereign matter of India. I do not feel obliged to comment on the matter."

"No doubt as far as geopolitics in Kashmir is concerned, if somebody has some doubts or issues, let them travel, it is my personal comment," he said.

Russia is also going to train Indian astronauts for the Gaganyaan programme the first Indian manned mission to space. On the programme, the envoy said, "space is established entity of our cooperation and we have been willing to contribute... based on our common conviction of peacefull and open outerspace".