Opinion: Why Swami Vivekananda is significant for the Indian state 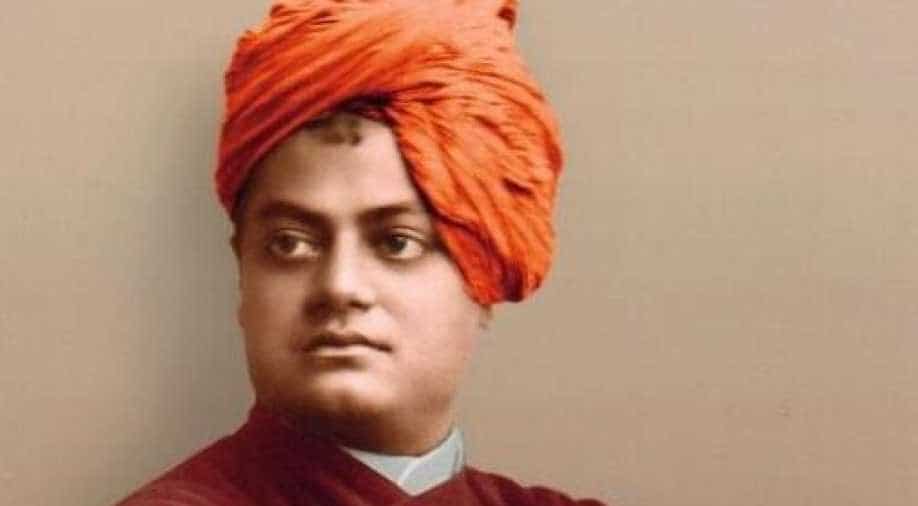 At the Parliament of World's Religions, Swami Vivekananda introduced the assembled audience to Hinduism in 1893 (Image Source: Wikimedia Commons) Photograph:( Others )

Since 1985, Government of India has been celebrating Swami Vivekananda's birthday which falls on January 12 as the National Youth Day.

Prime Ministers of India across party lines, from Manmohan Singh to Narendra Modi recently, have commented upon the energy that Vivekananda personified. He was the youth icon, both while he was alive and more so after his death. In Vivekananda's fiery speeches, the revolutionary youths of India found the self-esteem which the brutality of the colonial regime left completely mauled.

The "indomitable energy" of Indian youth as Prime Minister Modi pointed out in his tweet or the "eternal energy" that Prime Minister Manmohan Singh referred to while inaugurating the 150th birth anniversary of Vivekananda in 2013 are actually very much the traits of the "cyclone monk" as he came to be called after his Chicago speech in 1893.

Vivekananda himself was pretty much aware of the appeal he held for the youth of his country. Very much distressed by the contemporary state of India, Vivekananda constantly harped on the spiritual and physical degradation of his countrymen. His staunch belief was India's political subjugation was the result of degeneration on these fronts.

Vivekananda would, therefore, constantly, urge his "countrymen" to be "strong"; "weakness" was an anathema to him. He even went to the extent of commenting that a person will be "nearer to Heaven through football than through the study of the Gita." He played football himself.

I bow to Swami Vivekananda on his Jayanti. Today, on National Youth Day I salute the indomitable energy and enthusiasm of our youngsters, who are the builders of New India. pic.twitter.com/1aXEqvVRgY

Vivekananda believed that there is "salvation only for the brave" and equated "weakness to death".

Seventy-odd years have passed since the British left India, however, the task of building a "New India" is not yet done. It never will be because nation-building is an ongoing process. The political leadership sees the youth of India as playing a crucial role in this process.

But what kind of character should our youth have? In determining that, Vivekananda's words and messages are considered crucial.

But the question that refuses to leave my mind is why would a nation-state take so much interest in a monk. As a "sanyasi", Vivekananda has to be a renouncer; his connection with all forms of earthly power has to be remote. But, yet, here we have the highest votaries of state power celebrating the life of a man who, ideally, should have nothing to do with the State but with humanity in general.

Vivekananda, despite, being a sannyasi was never remote from political power. He stayed with major Hindu kings of India as he was traveling the country, often influencing them and preaching them about his ideas of Hinduism.

Vivekananda was a nationalist, and his was cultural nationalism which was deeply moored in the ethos of Hinduism. But not the regressive, superstitious Hinduism that came to be the object of western ridicule but more of a reformed Hinduism that was anchored in Ramakrishna's Paramhansa's principles.

Much of what Vivekananda said can well be accommodated within the ideological folds of a modern nation-state. Vivekananda is religious without being communal; he plead for the poor without accusing the rich; he was a sannyasi without being a recluse.

More than anything else, it is the amazing contradictions of Vivekananda which make him so valuable for the votaries of modern India. It gives them the opportunity to pick and choose from the corpus of Swamiji's work to suit our national needs.