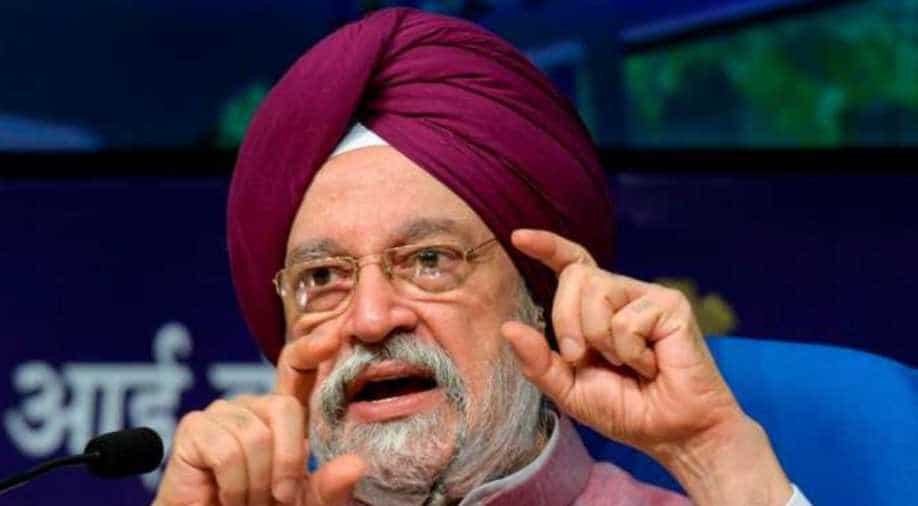 Those opposing the Citizenship (Amendment) Act (CAA) should introspect over their stance on the legislation after the incident of vandalism at the Nankana Sahib Gurdwara in Pakistan on Friday, Union Minister Hardeep Singh Puri said on Saturday.

Speaking to ANI, Puri said that the Friday's incident at one of the holiest Sikh shrines provides yet another proof of the state of minorities in Pakistan.

"This was a wanton act of vandalism, stone-pelting and desecration against one of the holiest Sikh shrines. Those who have taken a stand on the Citizenship Amendment Act clearly either do not realise what they are saying or this is deliberately misleading or treachery," said Puri.

"If any proof were needed about the state of the minorities in Pakistan, this incident after the Friday prayers yesterday provided that proof," Puri said.

"All these people (CAA opposers) should do some series introspection after yesterday's incident."

The group was led by the family of a boy who had allegedly abducted Sikh girl Jagjit Kaur from her home in August last year.

India has strongly condemned the incident and called upon Pakistan to take immediate steps to ensure the safety and welfare of the members of the Sikh community.