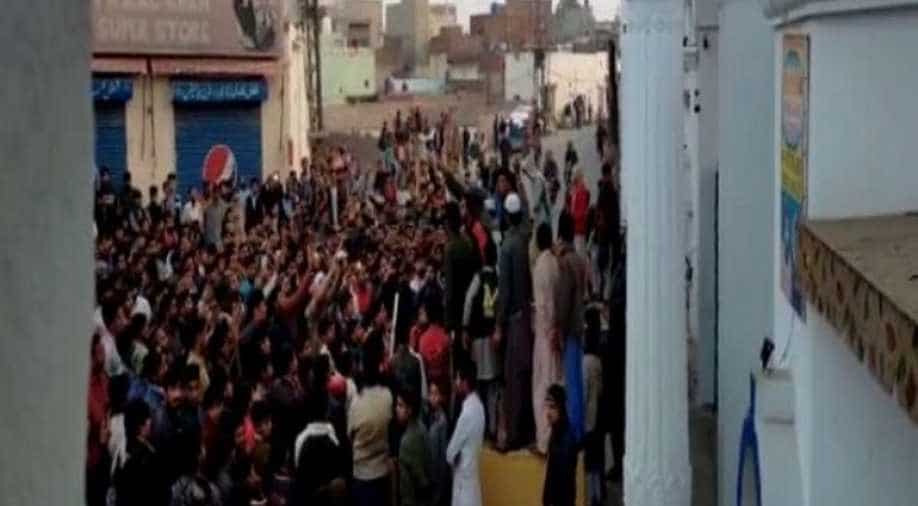 The mob was seen shouting ant-Sikh slogans outside Nankana Sahib

The violent mob that had gathered outside Nankana Sahib Gurdwara dispersed on Friday after police released Ehsaan, the man who had allegedly abducted a Sikh girl Jagjit Kaur, daughter of the Gurdwara's panthi.

Earlier in the day, India had strongly condemned the "wanton acts of destruction and desecration" at Nankana Sahib Gurdwara and called upon Pakistan to take immediate steps to ensure the safety and welfare of the members of the Sikh community.

Previously, an angry group of local residents pelted stones at Gurdwara Nankana Sahib in Pakistan. The group was led by the family of a boy who had allegedly abducted Sikh girl Jagjit Kaur, daughter of gurdwara's pathi.