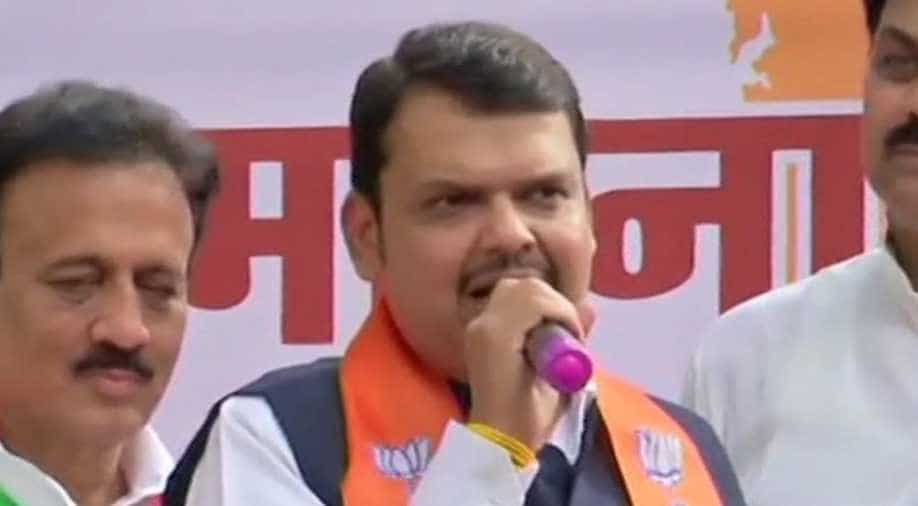 Earlier in the day, in a dramatic turn of events, Fadnavis took oath as Maharashtra Chief Minister for the second time.

Maharashtra Chief Minister and Bharatiya Janata Party leader Devendra Fadnavis on Saturday arrived at the state BJP office and said that a stable government will be provided to Maharashtra.

Fadnavis added that it is possible under PM Modi's leadership.

Earlier in the day, in a dramatic turn of events, Fadnavis took oath as Maharashtra Chief Minister for the second time after BJP pulled off a coup of sorts by forming the government in Maharashtra with the support of NCP's Ajit Pawar.

Nationalist Congress Party's Ajit Pawar was sworn in as deputy chief minister of the state.

The development came after NCP chief Sharad Pawar on Friday, after concluding discussions with the Congress and the Shiv Sena, told reporters that the parties have a consensus on Shiv Sena chief Uddhav Thackeray's name for the post of Maharashtra CM.

Shiv Sena senior leader Sanjay Raut said that Thackeray has given his consent to lead Maharashtra as the chief minister.

Union Minister Ravi Shankar Prasad: Mumbai is the financial capital of India and Maharashtra is a big state. It was a conspiracy (by NCP-Shiv Sena-Congress) to control Mumbai through the backdoor. https://t.co/74D2yK5nDc

Union Minister Ravi Shankar Prasad said that "it was a conspiracy (by NCP-Shiv Sena-Congress) to control Mumbai through the backdoor".

"Throughout the election campaign, Devendra Fadnavis' name was projected as the Maharashtra Chief Minister. Support base of BJP and the prospect of Devendra Fadnavis becoming CM, played a crucial role in success of Shiv Sena candidates," Prasad told media today.

Meanwhile, the Congress is planning to move its MLAs out of Maharashtra to a Congress-ruled state, news agency ANI reported.