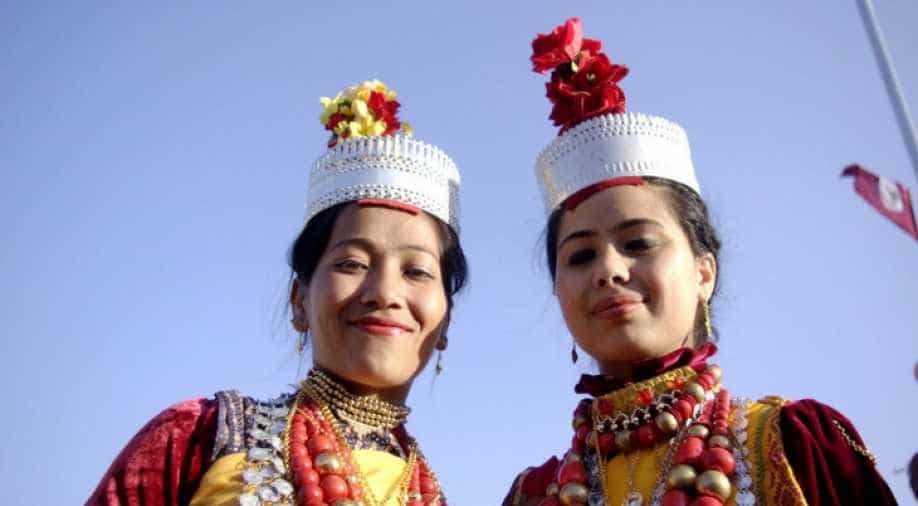 The Naam Khasi had earlier not been allowed to cremate their dead. When they had tried to do so, members of the Christian community had dismantled their cremation site. (Representative image, image source: Wikimedia Commons) Photograph:( Others )

After an intense legal battle, the Naam Khasi of Mylliem in Meghalaya will be allowed to cremate their dead.

The Naam Khasi, who are an indigenous people, had earlier not been allowed to cremate their dead. When they had tried to do so, members of another community had dismantled their cremation site.

Naam Khasi members had submitted to the Meghalaya high court that they had not been allowed to cremate their dead at burial sites. And that they often had to travel long distances carrying their dead, looking for places to cremate them.

Although the matter was later settled between the two parties outside court, the Meghalaya High Court further stated: "Anybody belonging to the indigenous faith and from any locality who needs to use the crematorium, can use it."

Justice Sen of the Meghalaya High court did not mince his words while highlighting issues of caste, faith and religion. He wrote, "I am pained that even after so many years of independence, now at the 21st Century, people are not aware of the Constitution of the country where they live in and violates the Constitution. Now also, we have to remind them about the Constitutional rights and liability."

The high court had recently rapped the headmistresses of two schools who, along with their students, had objected to the cremation of a Naam Khasi woman's husband at a burial site.

Justice Sen not only reiterated his previous observations on caste-related issues but also expressed anguish over repeated incidents of intolerance. "If the children are not being taught properly about the Constitution, religious tolerance and mutual respect, what will be the fate of this country? Parents send their children to school to make them good citizens of the country and not to become hooligans. If a headmistress cannot control the students, then they have no right to hold such a post," he said.

Cremating their dead was not the only issue before the court. Many Naam Khasi students were being ill-treated by school authorities and were often asked to sit separately in classrooms. This discrimination was openly supported by teachers.

The court observed, "It is really shameful for all of us and I repeat, that society should wake up and look into these types of issues and help India become ‘One Country, One Nation and One Family'."

While caste, religion and faith still hold our social structures together, the judiciary has, with this judgement, reminded us of the humanity and justice that often goes missing from our socio-political narrative.