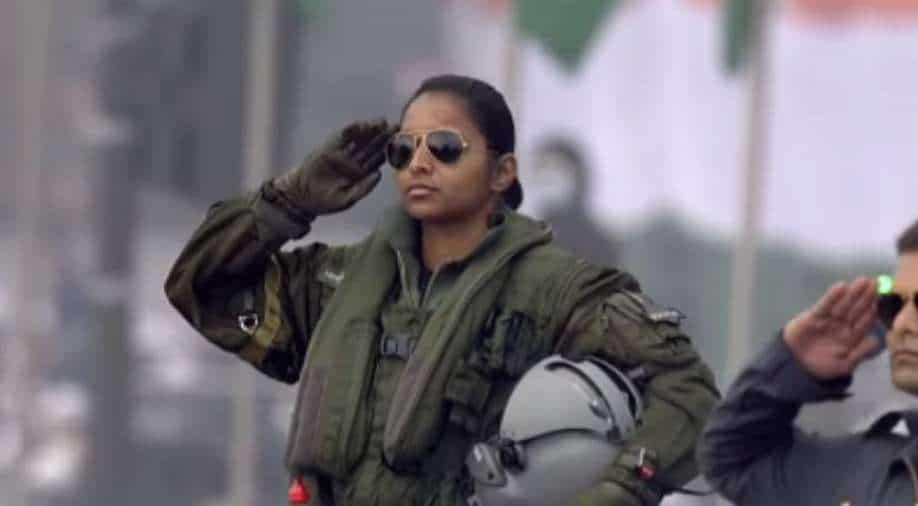 As the defence forces showcased their strength during the Republic Day celebrations, the Indian Air Force(IAF) tableau displayed the theme "Indian Air Force Transforming for the future".

Also Follow: All you want to know about Republic Day at Rajpath

Flight Lieutenant Shivangi Singh is from Varanasi city in Uttar Pradesh state and joined the IAF in 2017. She flew the MiG-21 Bison fighter aircraft before flying the Rafale.

Flg Lt Shivangi Singh is part of the IAF's Golden Arrows squadron based in Ambala in India's Punjab state.

The Indian Navy tableau was also on display at the Republic Day parade at the Rajpath. The tableau was designed to showcase the multi-dimensional capabilities of the Navy as well as highlight key inductions under "Atmanirbhar Bharat".

The contingent of J&K Light Infantry led by Maj Ritesh Tiwari of 5th Battalion of JAK LI marched down the Rajpath during Republic Day celebrations. The contingent was attired in the Indian Army uniform of 1970s and carrying 7.62mm SLR weapons.

The Sikh Light Infantry contingent also took part in the parade at the Rajpath. The Assam Regiment joined the march at the Rajpath on Republic Day.