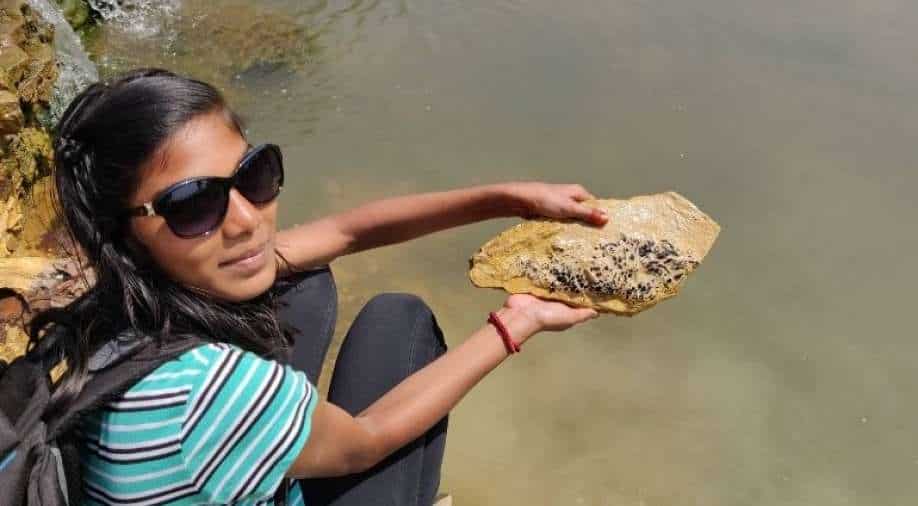 Realizing how unpopular palaeontology has been in India, despite the subcontinent’s rich history and fossil resources, she decided to arouse enthusiasm for this subject among her peer group.

For most of us, the last time we heard the word "paleontology" was likely to have been in a ‘Jurassic Park’ film. Why or where else would we routinely come across the word that denotes the study of animal and plant fossils?

However, for 15-year old Aswatha Biju, this lesser-known domain has been a childhood fascination, one that she wishes to pursue with greater passion as she progresses in her education and career.

The latest impetus that she has received comes in the form of a Pradhan Mantri Rashtriya Bal Puraskar (PMRBP), an award conferred by the Government of India on children who have achieved exceptional feats in their respective domains.

It all began when Aswatha started collecting shells as a two year old and began to develop a deep fascination for them. After she turned five, her father realised this and gifted her an encyclopaedia that introduced her to the world of fossils. That was my first exposure to literature on fossils, and I learnt about ammonite fossil specimens (extinct marine creatures). Soon, my mother took me to the Egmore Government Museum in Chennai to show me the same. By the age of 10, I started doing some fieldwork gradually, under the guidance of Professor Mu. Ramkumar of Periyar University, "she told WION.

Realizing how unpopular palaeontology has been in India, despite the subcontinent’s rich history and fossil resources, she decided to arouse enthusiasm for this subject among her peer group. Despite their lack of exposure to this field, her father, an engineer by qualification, and her mother, a storyteller, were all for their daughter’s passion. Gaining exposure to experts in the field, Aswatha learnt to work with fossils and gained hands-on experience from various academic and research institutions. Armed with the knowledge and skills, she started handling sessions for schools and colleges across her home state, Tamil Nadu. She also has a prized collection of a variety of fossils from her numerous field trips.

She aspires to be a big name in this field
#India #BalPuraskar pic.twitter.com/BG8h0JjPuh

Pursuing her 9th grade, the child prodigy has already authored a book that’s getting ready for publication-"Journey with Fossils’. But that’s not all. She’s expanding her horizons and also taking part in international competitions in her domain. Competitive events organised by the National History Museum in the USA and the ENGIE Video Contest in Hungary are among the events she recently took part in.

Asked about her ambition, she expresses her deep desire to be known as a leading palaeontologist, specialising in the domain of molecular paleontology. On the academic front, she hopes that Indian institutions will soon have special courses in her domain, rather than offering them as allied courses. Having already visited three major sites in India for field work, she also plans to cover the remaining 12 that are considered among the best for fossil collection. She strongly believes that the best way to conserve India’s fossil resources is to popularise them among the younger generations.