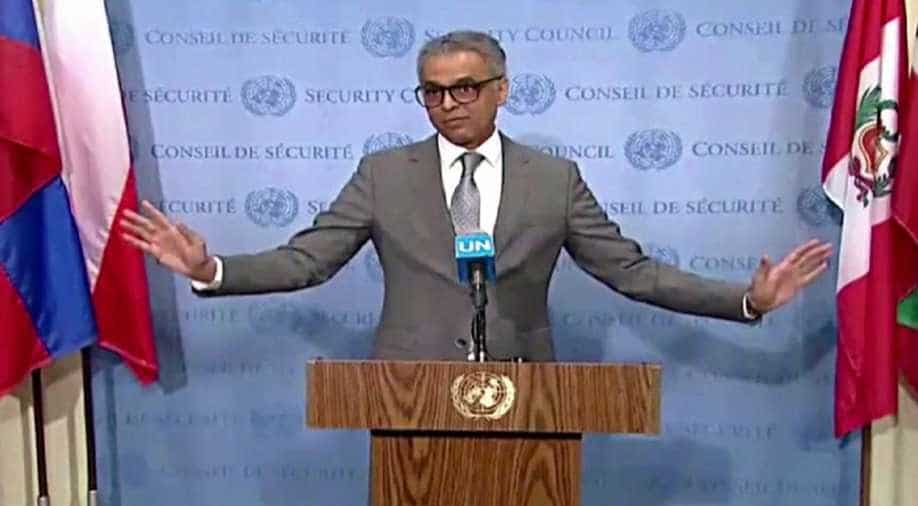 Syed Akbaruddin said the government's decision on Kashmir has 'no external ramifications'.

China and Pakistan on Friday failed in their attempt to censure India at UN Security Council as Pakistan's plea against India's Kashmir move found no support.

In his address to media, shortly after the UNSC closed-door consultation ended, India's permanent representative to UN Syed Akbaruddin said the government's decision on Kashmir has "no external ramifications" maintaining that the issue is an internal matter.

"The recent decisions taken by the Government of India and our legislative bodies are intended to ensure that good governance is promoted, social-economic development is enhanced for our people in Jammu and Kashmir and Ladakh," Akbaruddin said.

"Our national position was and remains that matter related to #Article370 of the Indian Constitution is entirely an internal matter of India," he added.

In his veiled attack on Pakistan, Akbaruddin said that there were attempts "to project an alarmist approach to the situation which is far from the ground realities".

The UN envoy maintained that the Indian government is "committed to gradually removing all restrictions" in Jammu and Kashmir.

"India remains committed to ensure that the situation there (J&K) remains calm and peaceful," he said.

Syed Akbaruddin: These have no external ramifications, the recent decisions taken by the Govt of India and our legislative bodies are intended to ensure that good governance is promoted, social economic development is enhance for our people in Jammu and Kashmir and Ladakh https://t.co/RGKvLBJrDc

Behind closed-door, UNSC members met on Friday for consultations to deliberate on Pakistan's letter on Kashmir.

Pakistan and India, both, were not present for the consultation as procedural.

During the consultations, Russia came out in support of India and stated that the Modi-government has taken the Kashmir decision as it is an internal matter.

"#Russia continues to consistently promote normalisation of #India - #Pakistan ties. We hope that existing divergences around #Kashmir will be settled bilaterally by political and diplomatic means only," Russian Envoy to UN, Dmitry Polyanskiy tweeted out.

Chinese ambassador to the United Nations, Zhang Jun, said on Friday that members of the Security Council generally feel India and Pakistan should both refrain from unilateral action over Kashmir, news agency Reuters reported.

Zhang told reporters that the situation in Kashmir is "already very tense and very dangerous."

France and the US also backed India at the consultation.