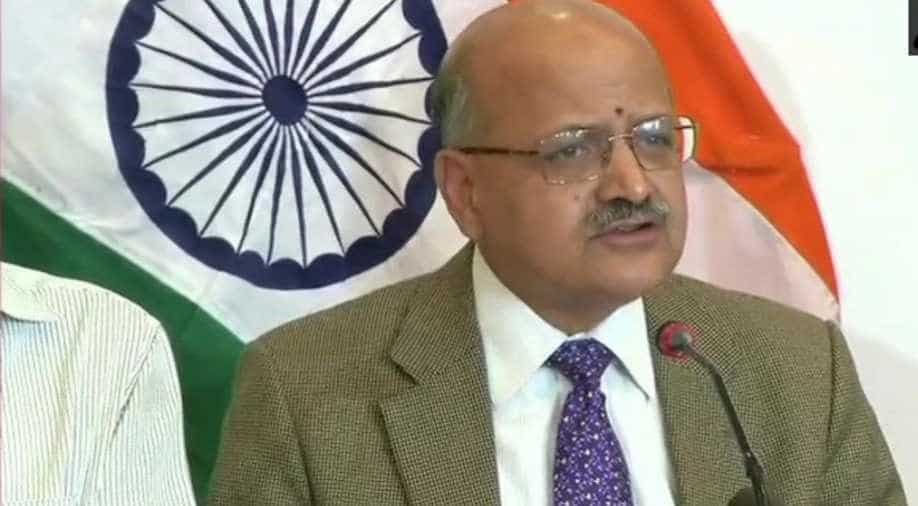 'Srinagar airport has been cleared for night flights, security forces continue to remain vigil,' he noted.

"In implementing the decision taken last fortnight, cross-border terrorism required the government to put in place certain preventing steps. The important factor was credible inputs that such organisations were planning to undertake strikes in J&K in the immediate future. Steps consequently taken included restrictions on free movement and telecom connectivity prevention of large gathering, closure of schools and colleges. A few preventive detentions of individuals were also made in an accordance with provisions of law to maintain law and order," Subrahmanyam told reporters in Srinagar today.

"No violence has been reported in the past five days despite concerted efforts from Pakistan," he stated.

Subrahmanyam added that while medical facilities continue to operate, schools and offices will resume after the weekend from Monday. "Government offices have already been made operational from today," he stated. Resumption of telephone lines will also be done in phases, he added.

J&K Chief Secretary, BVR Subrahmanyam in Srinagar: Schools will be opened after the weekend area by area. Movement of public transport to be made operational. Govt offices are functional from today. Telecom connectivity will be gradually eased and restored in a phased manner. pic.twitter.com/z6k0hj58rV

"Srinagar airport has been cleared for night flights, security forces continue to remain vigil," he noted.

Jammu and Kashmir chief secretary also said that the preventive detentions are currently under review and appropriate decisions will be made based on law and order assessments.

"The government's focus is on the earliest return to normalcy while ensuring that terrorist forces are given no opportunity to wreak havoc as in the past," he said.

He told reporters that at present, 12 of 22 districts are functioning normally in Jammu and Kashmir with some limited restrictions in 5 districts.

"The measures put in place have ensured that there has not been a single loss of life," Subrahmanyam said.

"Keeping in view the evolving situation and cooperation of people, we are now taking measures to ease the restrictions in a gradual calibrated manner after the reports that today's Friday prayers have gone quite peacefully. There would be easing of restrictions in the next few days in an orderly manner and restriction on movement would be removed area by area," said J&K chief secretary.

"It is expected that in the next few days, as restrictions get eased life in Jammu and Kashmir will become completely normal. Roads are full of regular traffic and we expect to see an increase in it in coming few days," said Subrahmanyam.

As the restrictions on movement would be removed area by area, the movement of public transport would be allowed in these areas.

He further noted that telecom connectivity will gradually be restored in a phase-wise manner keeping in mind constant threat posed by terrorist's organizations in using mobile connectivity to organize terror actions.

Meanwhile, Jammu and Kashmir authorities on Friday will review the situation of the areas where restrictions were not lifted after the imposition of Section 144, which prohibits the assembly of more than four people at a time, government sources said.

On August 14, the government had said that law and order was under control in the region and barring some "localised incidents" which led to a few pellet injuries that were treated, no major violence has been reported in Jammu and Kashmir.

The decision to lift the restrictions in J&K comes three days after the Supreme Court said it will wait for the normalcy to return.

Centre, last week, abolished Article 370 and moved a separate bill to bifurcate the state into two separate union territories of Jammu and Kashmir, and Ladakh.

Since then, the state had been under lockdown and security forces were put on maximum alert to "pre-empt" and "prevent" any breach of security.