Marriage on the cards for Karisma Kapoor and Sandeep Toshniwal? 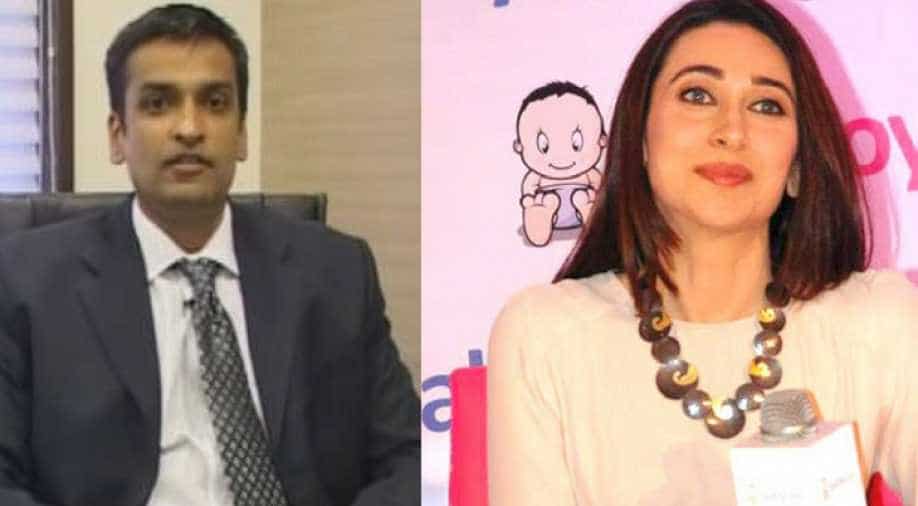 Sandeep Toshniwal has been reportedly dating Karisma Kapoor for the past three years Photograph:( Others )

Marriage could be on the cards for Karisma Kapoor and rumoured boyfriend Sandeep Toshniwal, reports said.

Toshniwal, was finally granted the divorce from his ex-wife Ashrita on Monday.

Although the process was not a cake walk, as Sandeep had filed for divorce back in 2010 claiming that Ashrita was schizophrenic, she, in turn, accused him of adultery, reports said.

According to reports, the ex-couple's two daughters, aged 12 and 9, will get Rs 3 crore each. Ashrita, on the other hand, will receive Rs 2 crore, along with the flat in which she currently lives.

She has also won the custody of the children, however, Sandeep has been granted visitation rights, reports added.

Earlier this year, Randhir Kapoor had informed DNA that Karisma may not want to get married.

"I have never discussed the issue of marriage with her but if she does plan to, she will always have my blessings. But I don't think she wants to get married. She is a happy mother and if she wants, she can get married any time but there is no step in that direction right now. She is happy the way she is," he had said.

Sandeep Toshniwal has been reportedly dating Karisma Kapoor for the past three years.

Karisma Kapoor was previously married to businessman Sunjay Kapur from 2003 till 2016. They have two children - Samiera, 12, and Kiaan Raj Kapoor, 7.

Post their divorce, Samiera and Kiaan are living with Karisma. Sunjay Kapur married Priya Sachdev in a private ceremony recently.