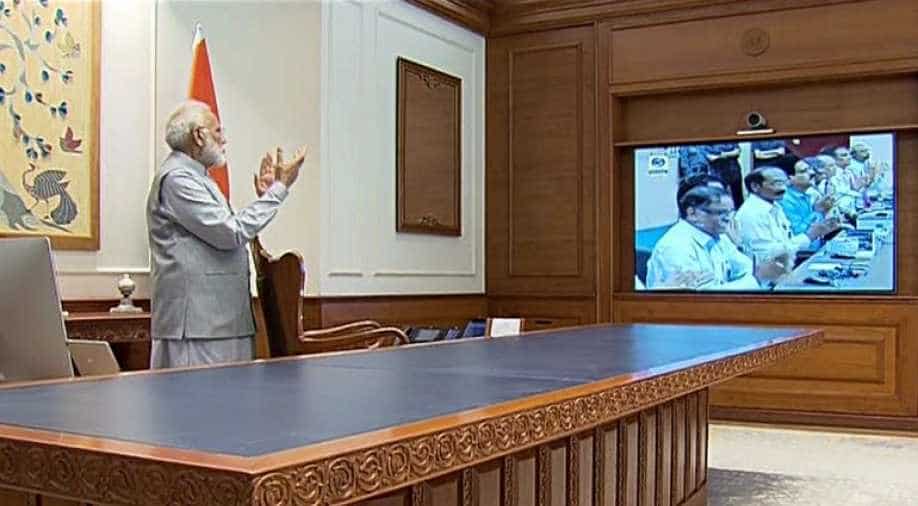 Chandrayaan-2 is Indian to the core and it's purely Indian in heart and spirit, Prime Minister Narendra Modi said as he addressed his second 'Mann ki Baat' to the nation in his second term as prime minister.

''We are now eagerly waiting for September when Lander Vikram and Rover Pragyan will land on the lunar surface, the PM said.

The successful launch of Chandrayaan-2 by our scientists despite the early setback is unprecedented, he added.

''My dear countrymen, I strongly believe that you would have felt immensely proud of India’s achievement beyond the skies in outer space. The successful launch of Chandrayaan-2 by our scientists despite the early setback is unprecedented,'' he said.

PM congratulated the Meghalaya government for becoming the first state in the country to have formulated its own water-policy.

In Haryana, crops that require meagre water are being encouraged, Modi said and added, farmers thus are saved from suffering losses.

Modi also urged the people to use various fairs being held during the festive season to spread the message of water conservation.

The prime minister also assured of all help to those affected by floods.

''Heavy rains in different parts of the country has resulted in people suffering due to floods. I assure all those affected by floods, that Centre is working with state governments at lightning speed to provide relief,'' he said.