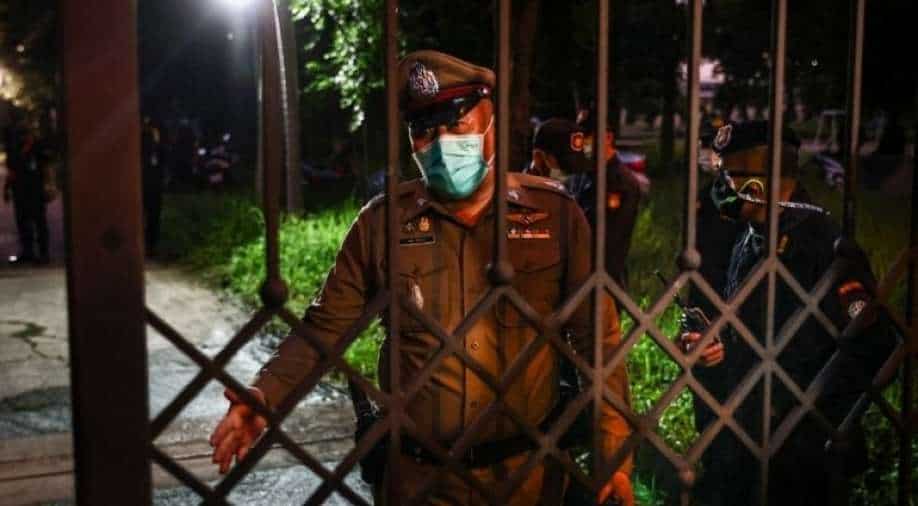 The bizarre incident took place in Greater Noida near Delhi. It was suspected that the car was stolen. When asked for car documents, the accused asked the policeman to sit inside the car but started the vehicle when the cop did so

A 29-year-old man in Greater Noida near New Delhi has been arrested for allegedly abducting on-duty traffic policeman. The policeman had stopped the car to check documents.

It was suspected that the car had been stolen and the accused the cop to get inside to check the documents. But once the police official sat in the car, the accused started the vehicle and took the cop to over 10-km-long drive before dumping him near a police post, said officials.

"Accused Sachin Rawal had stolen the Maruti Swift Dzire from a showroom in Gurgaon, Haryana two years ago on the pretext of taking the car out on a test drive," a police spokesperson said.

"Rawal, who lives in Ghodi Bacheda village in Greater Noida, had put on a forged number plate on his car, the number of which was same as that of a car belonging to a resident of his village," he said.

"On Sunday morning, the traffic police had started a vehicle checking campaign in Surajpur where Rawal's car was intercepted for inquiry following an input that he was travelling in a stolen vehicle," the official said.

Traffic constable Virendra Singh had asked Rawal to show the documents related to the vehicle. Rawal asked him to get inside the car and that he would show soft copies of the documents which he claimed were in his mobile phone.

"However, Rawal locked the car once the constable sat inside and took off. He later dumped the contable near Ajayabpur police chowki and sped away," the police spokesperson said.

An FIR was lodged at the Surajpur Police Station on Monday under IPC sections 364 (kidnapping), 353 (assault or criminal force to deter public servant from discharge of his duty) and 368 (wrongfully concealing or keeping in confinement, kidnapped or abducted person) and the accused was arrested later in the day, police said.

The car used in the crime has also been impounded, they added.