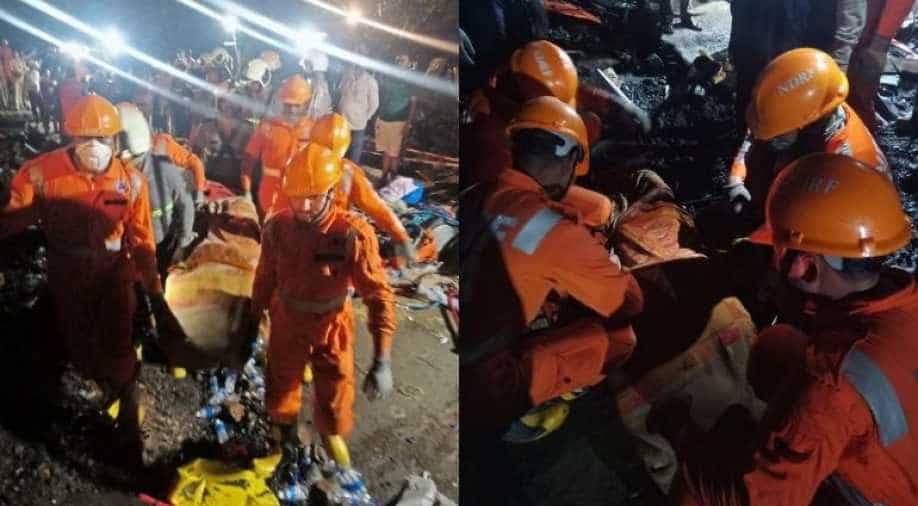 A team of National Disaster Response Force (NDRF), police and volunteers are present at the spot and carrying out relief efforts.

As heavy rains lashed parts of Maharashtra, bodies of six people were recovered by civil administration after in Maharashtra's Ratnagiri after Tiware dam breached on Wednesday, causing a flood-like situation in seven downstream villages.

#UPDATE 6 bodies have been recovered so far after Tiware dam in Ratnagiri was breached. Rescue operations continue. #Maharashtra https://t.co/qS1f9dWuTO

According to a report by news agency ANI, around 22-24 people are feared to be missing. Twelve houses near the dam have been washed away.

A team of National Disaster Response Force (NDRF), police and volunteers are present at the spot and carrying out relief efforts.

Further details regarding the incident are awaited.

Parts of Maharashtra are hit by worst monsoon rain with Mumbai, country's financial capital, recording the second highest rainfall in the last 45 years.

The heavy downpour has caused several accidents across Maharashtra while issues like waterlogging have brought the city to a standstill.

Following the torrential rains, Tuesday was declared a public holiday by the state government and people were advised to avoid stepping out of their houses.

Several subways and roads have been shut due to water logging and flooding.

Meanwhile, more rains have been predicted by the Indian Meteorological Department for the next 48 hours.