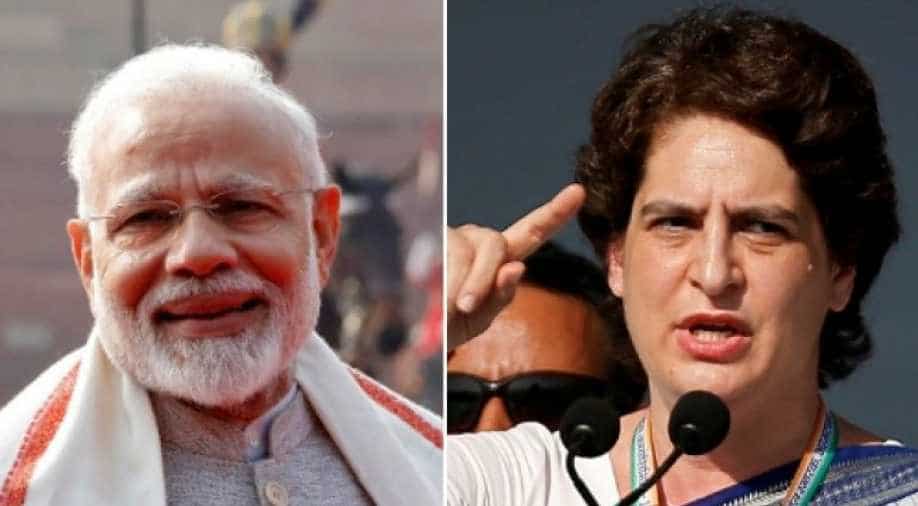 The Congress is indirectly fuelling the rumours by refraining from announcing its candidate for Varanasi.

Three months after the surprise political debut of Priyanka Gandhi Vadra, does the Congress have another surprise in store for its supporters?

She debuted as the AICC general secretary in charge of Uttar Pradesh East and now speculations are rife that she might be pitted against Prime Minister Narendra Modi from his home constituency, Varanasi, this Lok Sabha polls.

In fact, the Congress itself is indirectly fuelling the rumours by refraining from announcing its candidate for Varanasi. The constituency failed to feature in the list of seats in Uttar Pradesh for which the party declared its nominees on Saturday.

As for Priyanka, she too hasn't denied contesting polls - not yet.

Reports of the Congress cadre requesting Priyanka to contest from the state have been doing the rounds for weeks now but the Congress leadership has remained tight-lipped about any speculation over Priyanka’s candidature.

Remember, apart from Varanasi, the Congress is yet to name its candidate from Lucknow, from where the BJP has fielded its incumbent MP Rajnath Singh

Will Priyanka Gandhi Vadra be pitted against PM Modi this Lok Sabha polls? According to reports, Priyanka has agreed to contest from Varanasi with the final decision pending with the party high command. Varanasi goes to polls on May 19.