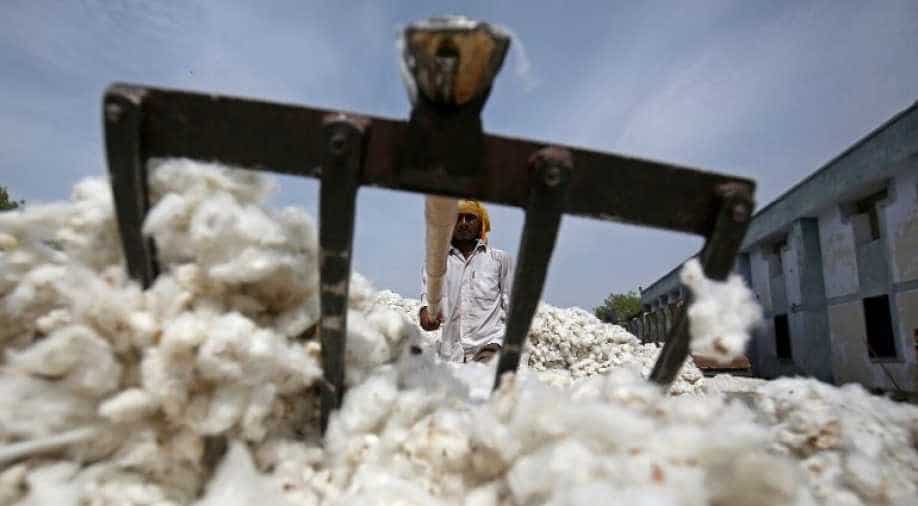 Indian sellers had contracted around 650,000 bales to China for prompt shipment.

Shipments of around 250,000 bales of Indian cotton to China have been delayed by nearly two weeks as a virus outbreak and factory closures dampen demand from the world's biggest consumer of the fibre, industry officials told said.

The delay in shipments could pressure local prices and force the state-run Cotton Corporation of India (CCI) to increase purchases from farmers to ensure domestic prices stay above government-mandated levels.

"As the holiday is extended in China, shipments are getting delayed," said Chirag Patel, chief executive at Jaydeep Cotton Fibers Pvt Ltd, an exporter.

Most Chinese firms scale back operations or close for long periods around the Lunar New Year holidays, which began on January 24 this year.

But China's government has extended the holidays, announced widespread transport restrictions and told many businesses to stay closed longer to limit the spread of the virus. It is not clear when millions of migrant workers will be able to return to factories or when ports will resume normal operations.

The epidemic has killed nearly 500 people in China and infected more than 24,000 so far.

Indian sellers had contracted around 650,000 bales to China for prompt shipment.

Around 400,000 bales have already been shipped, but the remaining 250,000 bales have been delayed, three exporters and two dealers with global trading houses told Reuters.

"Exporters are a bit worried. So far buyers haven't cancelled contracts, but some might be if this virus outbreak remains there for few more weeks," said Vinay Kotak, a director at Kotak Commodities, a Mumbai-based brokerage.

China, Bangladesh, Vietnam and Indonesia are among key buyers of India cotton.

Exporters have an option of diverting cotton meant for China to other destinations such as Bangladesh and Vietnam if shipments are delayed further, Kotak said.

India has shipped 2 million cotton bales since the 2019-20 marketing year started on October 1 and another 1 million bales have been contracted for shipment in February and March, said Atul Ganatra, president of the Cotton Association of India.

"We are hopeful that very soon Chinese buying will return to normal," said Ganatra.

Local cotton prices are already under pressure due to surplus production, said a Mumbai-based dealer with a global trading firm.

"Chinese buying was supporting local prices. In the absence of China, Cotton Corporation of India will have to raise purchases," the dealer said.