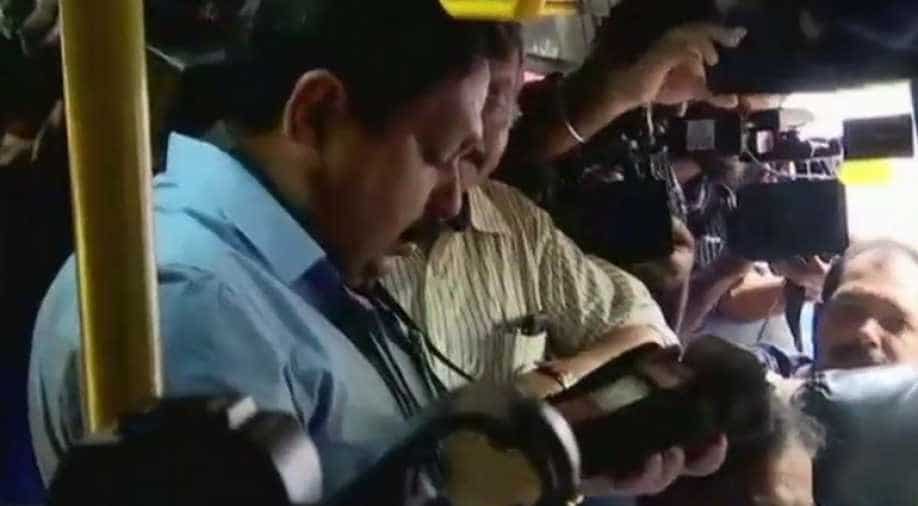 As the world celebrates Labour Day, Kerala State Transport Corporation Managing Director TJ Thachankary stepped into a bus in Trivandrum — and worked as a conductor.

He said he was doing it to understand the work.

"Till the time I don't know the work they do, how can I lead them?" Thachankary said.

"It'll also give me an opportunity to interact with commuters," he added.

Meanwhile, in an effort to transform Kerala into an investment-friendly destination, the government banned the "Nokku Kooli" practice on Labour Day.

The order was issued Monday night and went into effect Tuesday.

"Nokku Kooli, which literally means 'gawking wages,' is a euphemism for extortion by organised labour unions in the state under which wages have to be paid to trade union workers for loading and unloading works done by other workers or by machines," the official order read.

May 1 every year is observed as International Labour Day or Worker's Day, to help recognise the importance of the working class in society.

In several countries, May 1 is a public holiday.

Trivandrum: On #MayDay Kerala State Transport Corporation MD TJ Thachankary works as bus conductor, says ' Till the time I don't know the work they do how can I lead them? It'll also give me an opportunity to interact with commuters' #Kerala pic.twitter.com/vIcufVBghs