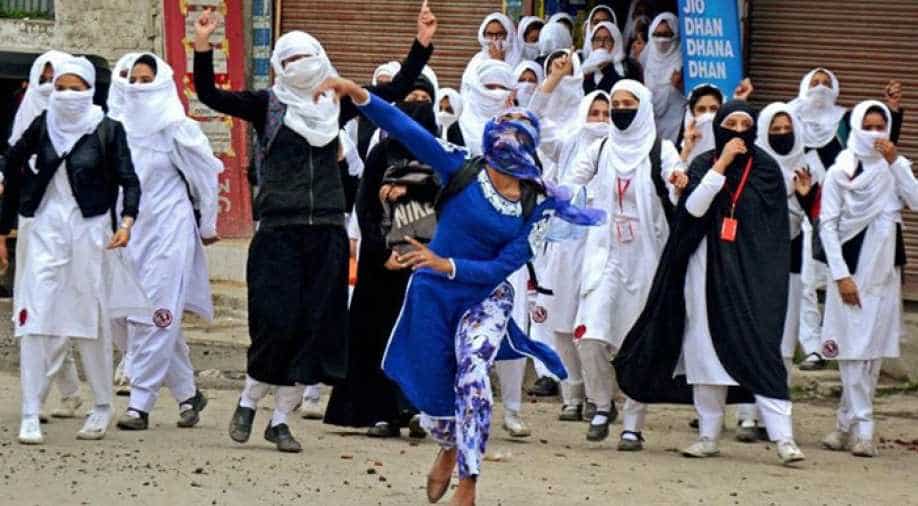 At a time when the state of Jammu and Kashmir is under the grip of gun and violence, a whiff of fresh air is flowing on the secluded Rugby ground of Srinagar. Young girls are coming out on the field to play one of the most dangerous games.

The young players strike like a thunder, dodging and tackling to reach the finish line. There are not many onlookers, not many cheerleaders either but for these young girls every moment, every critique is a test of their passion and their spirit.

Undaunted they sprint towards the next milestone. Many of them have skipped classes in school to steal 60 minutes for this practice session.

Here are the girls from the Rugby team of Kashmir valley.

"In 2013 I, Irfan Aziz Bhutta and our chief coach of JK Rubgy saw some senior from school playing this sport. I was really inspired by this game because I am very well adapted to this game, my nature suits the game so well. So I joined the game. Since then I have played national tournaments, participated in many states and have been runners-up. Recently played snow rugby nationals in Gulmarg and we won a gold medal".

These girls are looking to make a career in the game of Rugby but they lack avenues and resources. A separate rugby ground was designated for this sport, but these girls say that is not enough. Sometimes the negative approach of society becomes a dampener. On many occasions, the street protests and violence have kept them away from the field. But they are unstoppable.

"Sometimes we get negativity from the society. Sometimes people come and comment negatively so it becomes difficult to continue our practice. Like in Ramzan we were practising in the ground, few people came and said we will throw you out of the ground, why are you girls playing in shorts throwing the balls here and there. Just all those negative comments. Since then we think people don’t really approve when girls go on the ground to prove themselves they don’t really tolerate it."

"Sometimes there is unrest and we can’t come on the field to practice. Tackling all those difficulties we manage and cooperate to be on the ground. To all those girls when they see me they get inspired. I have gained self-confidence, vigour and strength by this game. They see me as an idol."

There are around 300 girls playing Rugby in the Kashmir valley. Every Sunday they come out and spend hours practising on the field. Recently the team won a gold medal in a national level snow rugby championship. Players say their skills make them stand out in the game.

After unlocking many achievements on the field some of these girls go on to become trainers. One such trainer has played for over a decade and is now on the forefront of training newcomers in the game. She trains not just female participants but also the men.

That is a wonderful experience to coach the boys, they are very cooperative for it. They can excel in this game. They ask me every day to give them training so I go voluntarily and impart training to them.