Kashi emerging as one of biggest medical hubs of Purvanchal: PM Modi 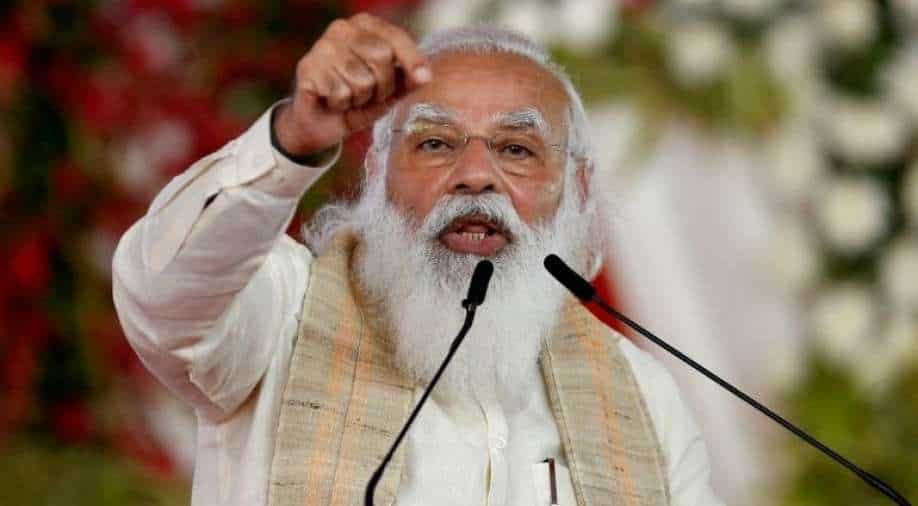 According to the Premier, the medical infrastructure in Uttar Pradesh has improved in a way that has never been seen before

Prime Minister Narendra Modi on Thursday said that Kashi is emerging as one of the biggest medical hubs of Purvanchal, with facilities being made available for the treatment of those diseases for which people had to go to Delhi and Mumbai earlier.

Addressing the inauguration of various development projects worth over Rs 1500 crores in Varanasi, PM Modi started his speech with the chants of 'Bharat Mata Ki Jai' and 'Har Har Mahadev' said, "Kashi is becoming one of the largest medical hubs of Purvanchal. Today facilities are being made available in Kashi too for diseases for the treatment of which one had to go to Delhi and Mumbai earlier."

"The infrastructure related to cleanliness and health is being prepared in UP. Today, UP is witnessing unprecedented improvement in medical infrastructure, be it health centres in villages, medical colleges, AIIMS," said PM Modi.

He further said that at present, the work of building about 550 oxygen plants is going on in full swing across Uttar Pradesh. Today 14 oxygen plants have also been dedicated here in Banaras, he added.

PM Modi said that various projects inaugurated today shall add to the existing medical infrastructure of Kashi, adding that new hospitals related to the medicine of women and children have been established in the city.

Also read | Hyderabad elderly couple and their mission to save lives

He further said that 100 beds have been added in the Banaras Hindu University and 50 beds in the district hospital.

"Today some more links are being added to the medical infrastructure of Kashi. Today Kashi is getting new hospitals related to the medicine of women and children. Out of this, 100 beds capacity is being added in BHU and 50 beds in the district hospital," said the Prime Minister.

He stated that Kashi has shown that it doesn't stop or get tired even in difficult times. Stating that the past few months have been very difficult for the entire mankind, PM Modi said that the entire Uttar Pradesh, including Kashi, faced the mutating and dangerous form of coronavirus with all its might.

PM Modi said, "The past few months have been very difficult for all of us. The changed and dangerous form of the coronavirus attacked with full force. But UP, including Kashi, faced such a big crisis with full potential."

He also lauded UP for conducting the maximum number of tests and vaccinating the largest number of people in the country.

The key projects inaugurated by the Prime Minister today include multi-level parking at Godaulia, Ro-Ro Vessels for tourism development and a three-lane flyover bridge on the Varanasi-Ghazipur Highway.

The Prime Minister was felicitated by Chief Minister Yogi Adityanath on his arrival at BHU ground in Varanasi.

"Under PM Modi's governance, Kashi has made a new identity in country and world. New Kashi is reaching new heights in development. This smart Kashi has become a model for the country and the world. PM Modi`s vision and inspiration are pushing people to new heights," said the Uttar Pradesh Chief Minister while addressing the inauguration program.