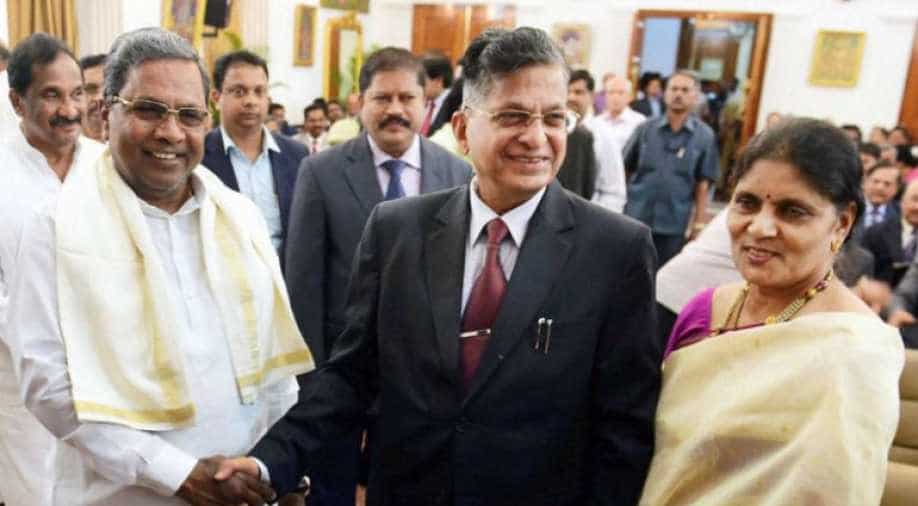 The attacker, identified by police as Tejharaj Sharma, has been taken into custody by Bengaluru Police.

Bengaluru: Visual of the person who stabbed the Karnataka Lokayukta Justice Vishwanath Shetty at his office in Bengaluru. He has been taken into custody by the police. pic.twitter.com/QeaVd9QL6y

#Visuals from the Karnataka Lokayukta office in Bengaluru: Lokayukta Justice Vishwanath Shetty was stabbed. The accused has been taken into custody by the police. pic.twitter.com/C7KkXCtSZs

Shetty is now out of danger/ Earlier reports had said the Shetty was in critical condition.

"He (Sharma) was a contractor from Tumakuru. He complained to the Lokayukta about some tenders. He assaulted the judge and he was alone. The judge is out of danger now," Karnataka Home Minister Ramalinga Reddy said. (Earlier reports had said the judge was critically wounded.)