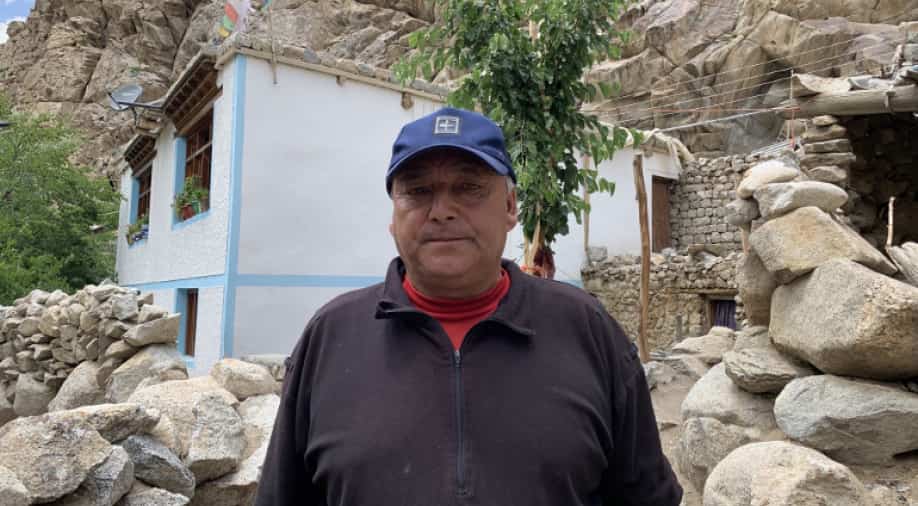 Tashi was the first to report the infiltration in Kargil to the army and it was after his information that a team was sent to scan the area. Photograph:(WION)
Follow Us

On May 2, 1999, a man called Tashi Namgyal, a local shepherd living in a small village called Gharkon near mountainous Batalik town of Kargil spotted six men breaking stones and clearing the snow when he was looking for his list Yak. This was unusual for Tashi as he saw no footprints leading to the spot and it was clear that they had come from the other side. The men wore Pathani dress and army uniforms, few of them carried weapons too.

Tashi was the first to report the infiltration in Kargil to the army and it was after his information that a team was sent to scan the area. What the group of 20-25 Indian army men found was surprising...men with arms and ammunition getting ready. On his information, the Indian army moved quickly and minimised the possible damage.

He is upset with the successive governments for failing to recognise his work. He is old now and no longer goes with his cattle. There is no mobile network in his village which is almost 70 kilometres away from Kargil city.

WION's Ieshan Wani travelled to meet him at his village located near a mountain ridge. Here's an excerpt from the interview.

WION: What did you see on that day? How old were you then?

Tashi: I was 30-years-old. I had lost my Yak and was looking for him in the mountains near Garkhun stream. I was carrying my binoculars with me and started scanning the area. While looking for my yak, I saw six people on top. The snow was everywhere and they were removing snow and looking for stones. I halted there for around 10 minutes and rushed back to my village. Army men from three Punjab used to be stationed here. First, I narrated the entire thing to a guard commander by the name Balbindar Singh, this was on May 2, 1999. He replied that the army patrolling party had just come from that area. I insisted them to investigate the matter as this was unusual.

Around 8 in the evening, Balbindar came to my house and asked me to stay home the next morning, as a commanding officer was coming to meet me. After an hour, he came back, asking me to be ready at 5 in the morning, as an army vehicle will come to pick me up.

At 5, I was taken to the Batalik sector where an officer asked me what I saw? I told him again that I saw six people breaking the stones and removing the snow. On this, he replied, we keep getting such reports but if this is true, we will gift you and if the information is wrong, we will see you.

Then they sent 20 to 25 army men with me. I took them to the place where I saw the six men. On spotting them they went through the other area for the ambush. But there Pakistani army and militants were everywhere and ready. Just after eight days of my report, the war started. For three months continuously, the fighting was going on in this area.

WION: You are also a witness to this war. What did you do during that period?

Tashi: I took my kids towards Khalsi village and from this village, artillery was being fired like rain. Many army units came here with a lot of weaponry. For three months, local people helped the army in bringing the weapons. We even took the weapons to high mountains after shifting our families to safety. People volunteered and helped the army. We would just hear blasts for three months.

WION: What has changed in this village?

Tashi: We don't even have a mobile tower, what change will I talk about?

WION: How did you feel after giving your report which proved important for the country?

Tashi: I never got any civil award. My report was 100 per cent accurate. No one even enquires about me. I saved the entire Ladakh through my report. God knows what would've happened, had I not told the army. Modi is a good man, I hope he reads this report and gives me much deserved recognition. No one speaks about me, not even the local ministers. I still wait for the day when I get an award. Even my kids feel sorry for me.

WION: You are the hero of the Kargil war. Has your life changed?

Tashi: A little has but I am illiterate and I feel that's the reason why I couldn't reach anywhere in my life. India is my country, I was born here and will always stand for it. Pakistan was badly defeated and I'm sure there are many dead bodies of Pakistani soldiers in the mountains. They came like rats.

WION: What's your message to the current government?

Tashi: I just want to tell them that my work should be recognised. I am waiting for the day.