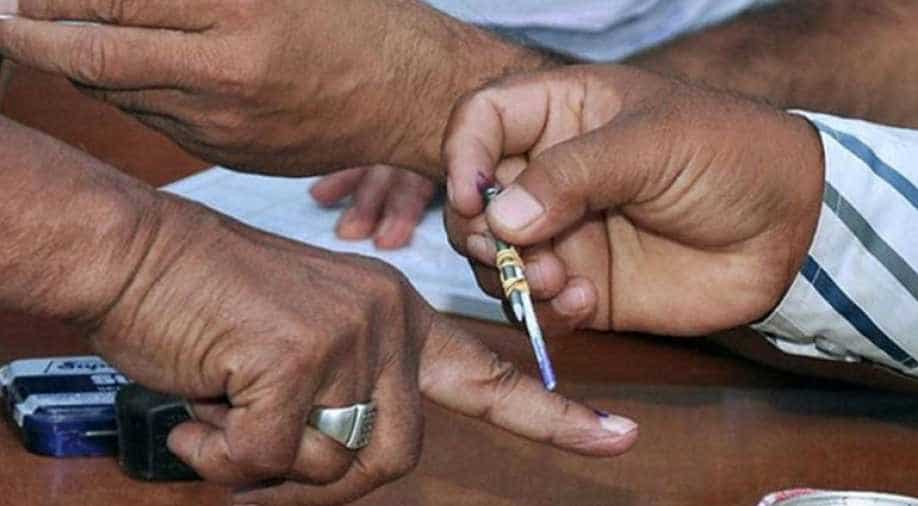 The campaign period for the multi-cornered contest ended at 5 pm, restricting candidates now only to door-to-door canvassing for seeking votes from about 1.75 lakh voters of the constituency.

Campaigning for the January 28 bypoll to the Jind assembly constituency, witnessing a high-stake, multi-cornered contest, chiefly among the ruling BJP, opposition INLD, besides the Congress and fledgling JJP, ended Saturday.

The campaign period for the multi-cornered contest ended at 5 pm, restricting candidates now only to door-to-door canvassing for seeking votes from about 1.75 lakh voters of the constituency.

A total of 21 candidates are in the fray for the polls.

A direct fight between the BJP and the opposition INLD initially, the bypoll turned into a high-stakes contest after the Congress fielded Jat leader and AICC communication in-charge Randeep Singh Surjewala, while the Jannayak Janta Party, a breakaway outfit of Chautala family-led INLD, nominated political greenhorn Digvijay Singh Chautala.

Ruling BJP is banking on Middh'a son Krishan Middha, a Punjabi, while INLD has nominated local Jat leader Umedh Singh Redhu, who is also backed by a faction of prominent Kandela Khap (a caste council).

The campaigning was dominated by charges and counter-charges with arch-rivals BJP, Congress, INLD and JJP eyeing the results as a self-assessment exercise in what has been dubbed by many a "semi-final" ahead of Lok Sabha polls this year.

While Surjewala has sought vote promising all-round progress of Jind, Midha has sought to bank upon the developmental works done by the BJP government in Haryana.

During campaigning, Khattar criticised Surjewala claiming he would spend most of his time in Delhi. The chief minister also attacked the JJP blaming it for split in the Chautala family.

Political pundits, however, see the poll balance tilting in favour of the BJP owing to likely division of the dominant Jat community's votes among Surjewala, Redhu and Digvijay.

The fledgling JJP got a boost with the AAP announcing its support to it and Delhi Chief Minister Arvind Kejriwal addressing a rally Saturday, canvassing for JJP nominee Digvijay Singh Chautala.

Kejriwal told electorate that he decided to give support to JJP after he found the two younger members of Chautala family "selfless".

The cancellation of INLD supremo Om Prakash Chautala's furlough from Tihar jail on a Delhi government directive in the run up to the poll too led to a verbal duel between the warring factions of Chautala family.

Om Prakash Chautala hit back at his grandsons Dushyant and Digvijay, accusing them of "back-stabbing" him and "conspiring" with AAP to keep him out of the campaigning.

In a bid to garner voters' sympathy, Om Prakash Chautala's wife Sneh Lata released her video footage, saying "if I die tomorrow, the four persons - Ajay, his wife Naina and their sons Dushyant and Digvijay, must not touch my body."

Naina, however, shot back asking if anybody has ever heard of someone cursing her own sons and grandsons.

Arshi, a Brahmin leader from Jind is a nominee put up by BJP's rebel MP from Kurukshetra, Raj Kumar Saini who is Manch's patron. Saini has an influence among voters from OBC communities.