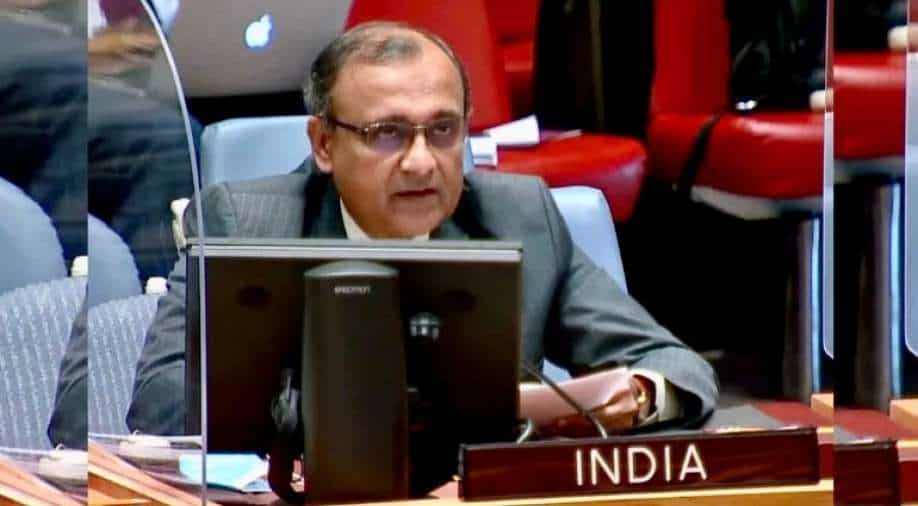 TS Tirumurti stated that India's humanitarian response to the Bangladeshi refugee crisis was among the most sophisticated and compassionate in recent history. Throughout history, the Ambassador noted, India has provided a haven for persons fleeing persecution in other countries.

TS Tirumurti, India's Permanent Representative to the United Nations, remarked that India has always been a land of refuge.

He was speaking at a UNSC briefing by the UN High Commissioner for Refugees (UNHCR) on Tuesday.

He added that when Zoroastrians and Jews were persecuted centuries ago, they found a welcoming home in India.

He claimed that India has always responded with compassion and understanding to Tibetans as well as our brothers and sisters from Bangladesh, Sri Lanka, Afghanistan, and Myanmar.

"India's humanitarian response to the refugee issue, particularly those facing persecution, has always been driven by the ideals of compassion and empathy. When faced with persecution centuries ago, Jews and Zoroastrians found a ready home in India. If not for India, the Zorastraian faith may not have survived. Now, both are very much part of India's proud pluralist culture and heritage, " he stated.

“India’s humanitarian response to the refugee issue, particularly those facing persecution, has always been driven by the ideals of compassion and empathy”

The Indian Ambassador emphasised that India is now hosting a huge number of refugees, and that the programmes to aid them are totally funded by the government.

He stated that India is dedicated to assisting refugees in returning to their homes in a dignified, safe, and long-term manner.

Tirumurti further said, "India assists refugees elsewhere as well notably through partnering UN Relief and Works Agency (UNRWA) for the Palestine Refugees in the Near East since long. India continues to remain supportive of UNRWA's role in human development and delivery of humanitarian services. We have enhanced our contribution further in recent years."

He expressed India's worry about the rising number of refugees and internally displaced individuals within the UNHCR's mission, which now stands at over 91 million.

According to Ambassador Tirumurti, preventing violent conflicts, combating terrorism, and establishing and maintaining peace through sustainable development and good governance will prevent people from being compelled to flee their homes.

Tirumurti emphasised that the refugee crisis is a worldwide issue that no single country can handle it alone.