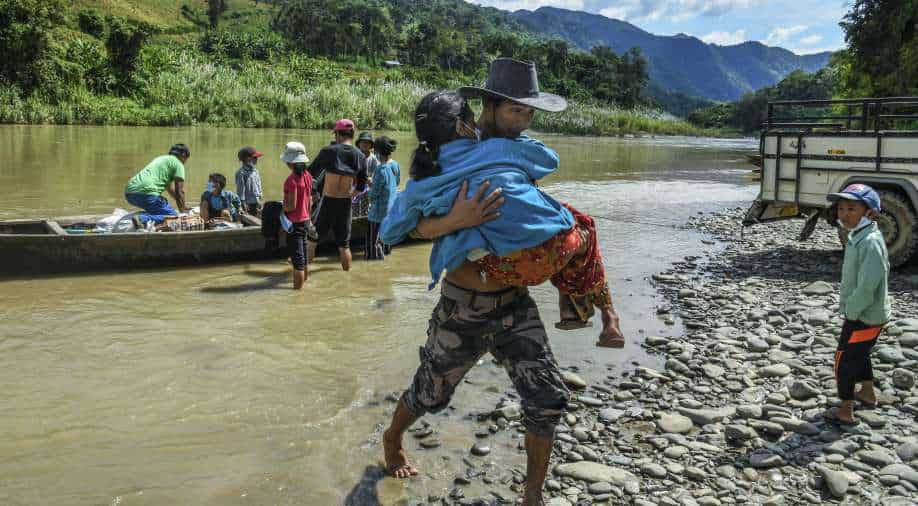 A refugee carries his grandmother to the shore of Mizoram, India, after crossing Tiau River from Myanmar Photograph:( New York Times )

For more than seven decades, armed conflict, political repression and targeted campaigns against minorities like the Rohingyas have forced hundreds of thousands of people from Myanmar to seek refuge in other countries. Many more are now expected to follow

Terrified farmers and families with children in Myanmar are fleeing into India as the military junta that seized power in a February coup continues to seek out and eliminate resistance along the country’s border.

The Tatmadaw, as the Myanmar military is known, has targeted areas that are home to thousands of armed civilians who call themselves the People’s Defense Force. Soldiers have fired rocket launchers into residential neighbourhoods, burned down homes, cut off internet access and food supplies, and even shot at fleeing civilians, according to residents.

For more than seven decades, armed conflict, political repression and targeted campaigns against minorities like the Rohingyas have forced hundreds of thousands of people from Myanmar to seek refuge in other countries. Many more are now expected to follow. 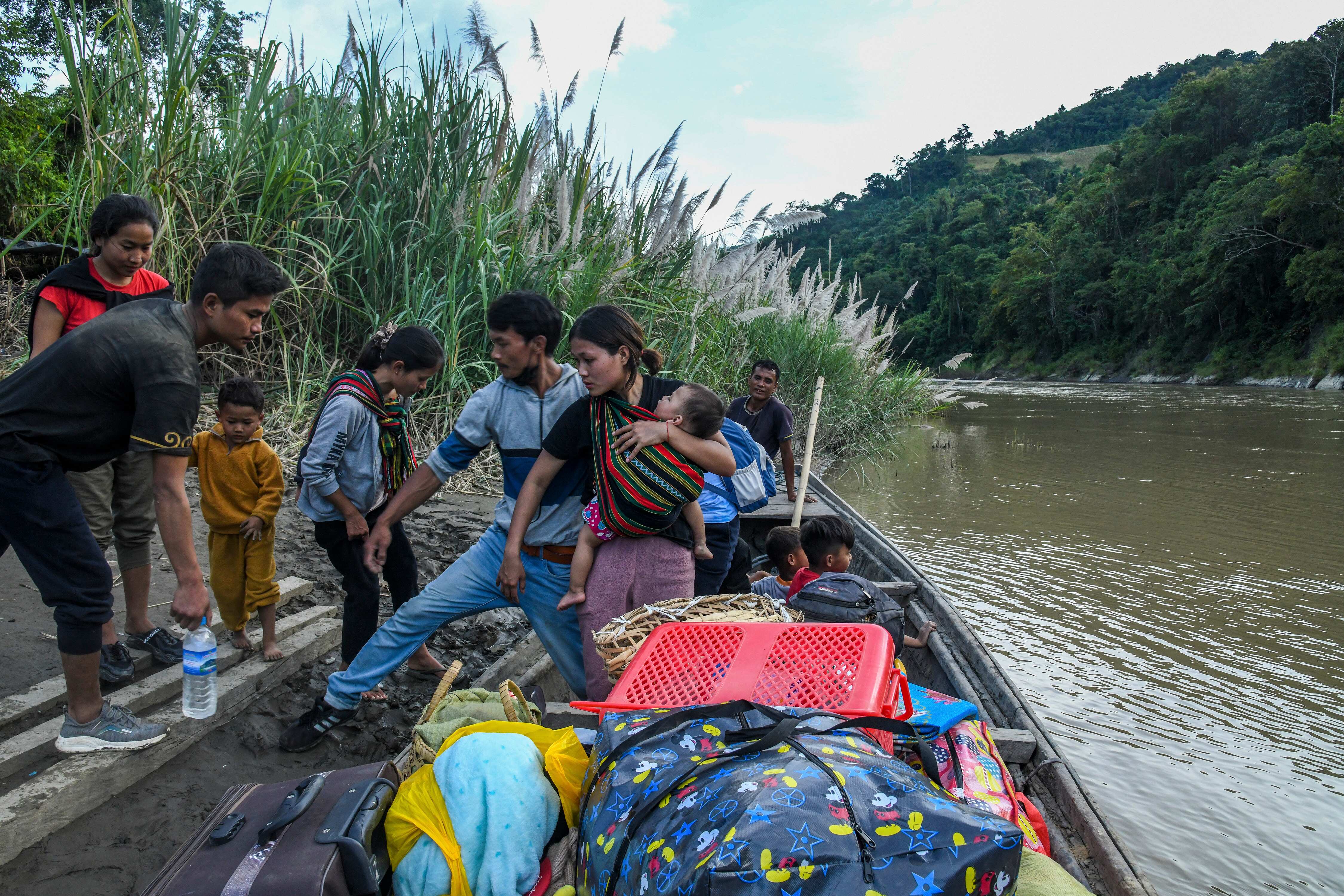 Aid groups say they are preparing for a flood of refugees but are concerned that countries surrounding Myanmar such as Thailand may push them back. In Chin State in the northwest of Myanmar, an entire town of roughly 12,000 people has nearly emptied out in the past month. Residents have reported a large buildup of troops in recent weeks, signalling a potential wider crackdown by the Tatmadaw and leaving many people desperate to escape.

After troops burned down his home Sept. 18 with rocket-propelled grenades, Ral That Chung decided he had no choice but to leave Thantlang, his town in Chin State. 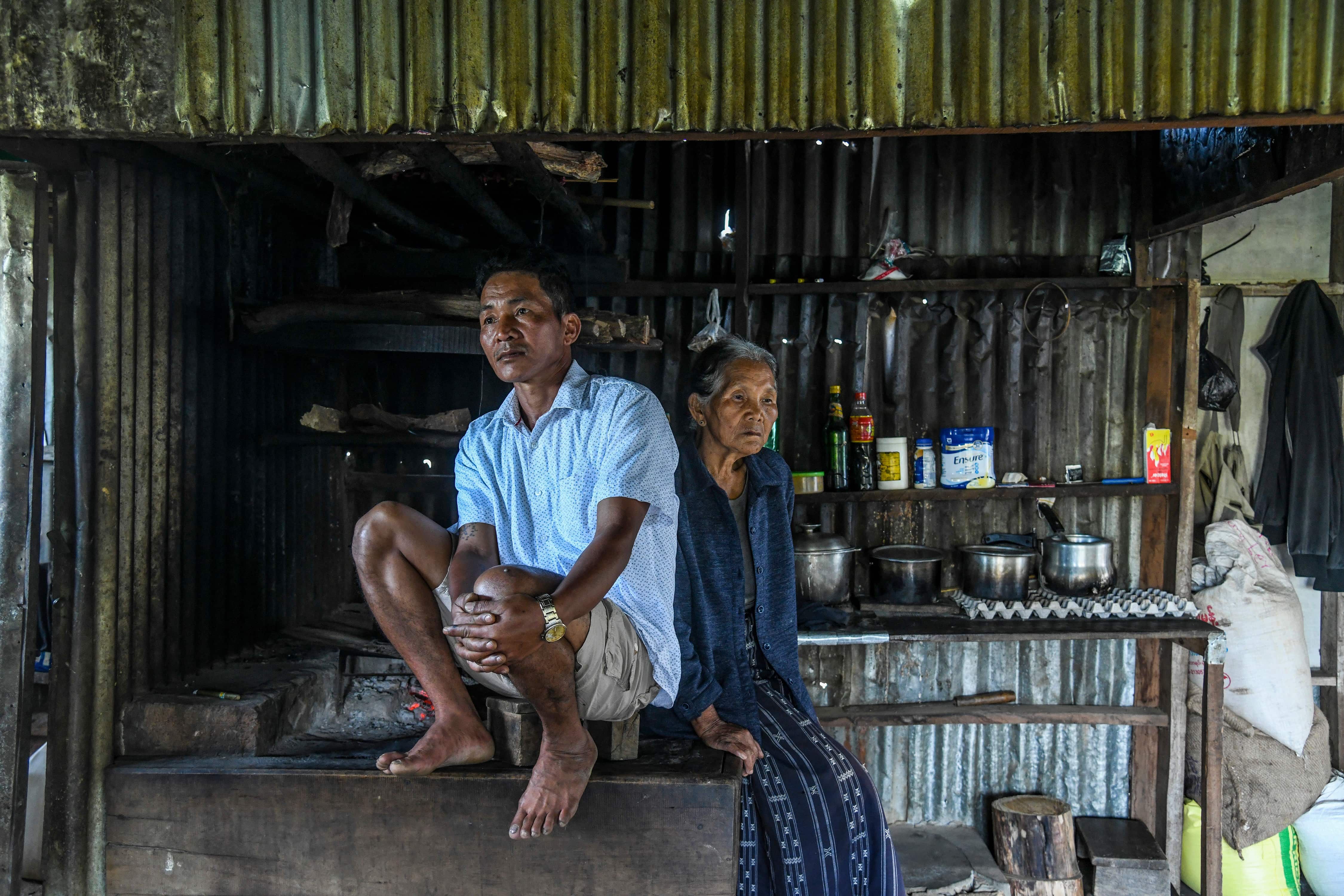 “I love Myanmar, but I will return only if there is peace,” said Ral That Chung, who walked for eight days with 10 members of his family to reach India. “It’s better to suffer here than to live in fear in my own country.”

In the eight months since the army seized control, roughly 15,000 people in Myanmar have fled for India, according to the United Nations. Catherine Stubberfield, a spokesperson for the U.N. High Commissioner for Refugees’ Asia and Pacific bureau, said the agency has tracked some 5,000 people who successfully entered India from Myanmar after recent clashes.

“The brutality in which entire villages are attacked indiscriminately has created a horrific situation in which people are absolutely desperate,” said Tom Andrews, the U.N. special rapporteur on human rights in Myanmar. “And things are getting worse.” 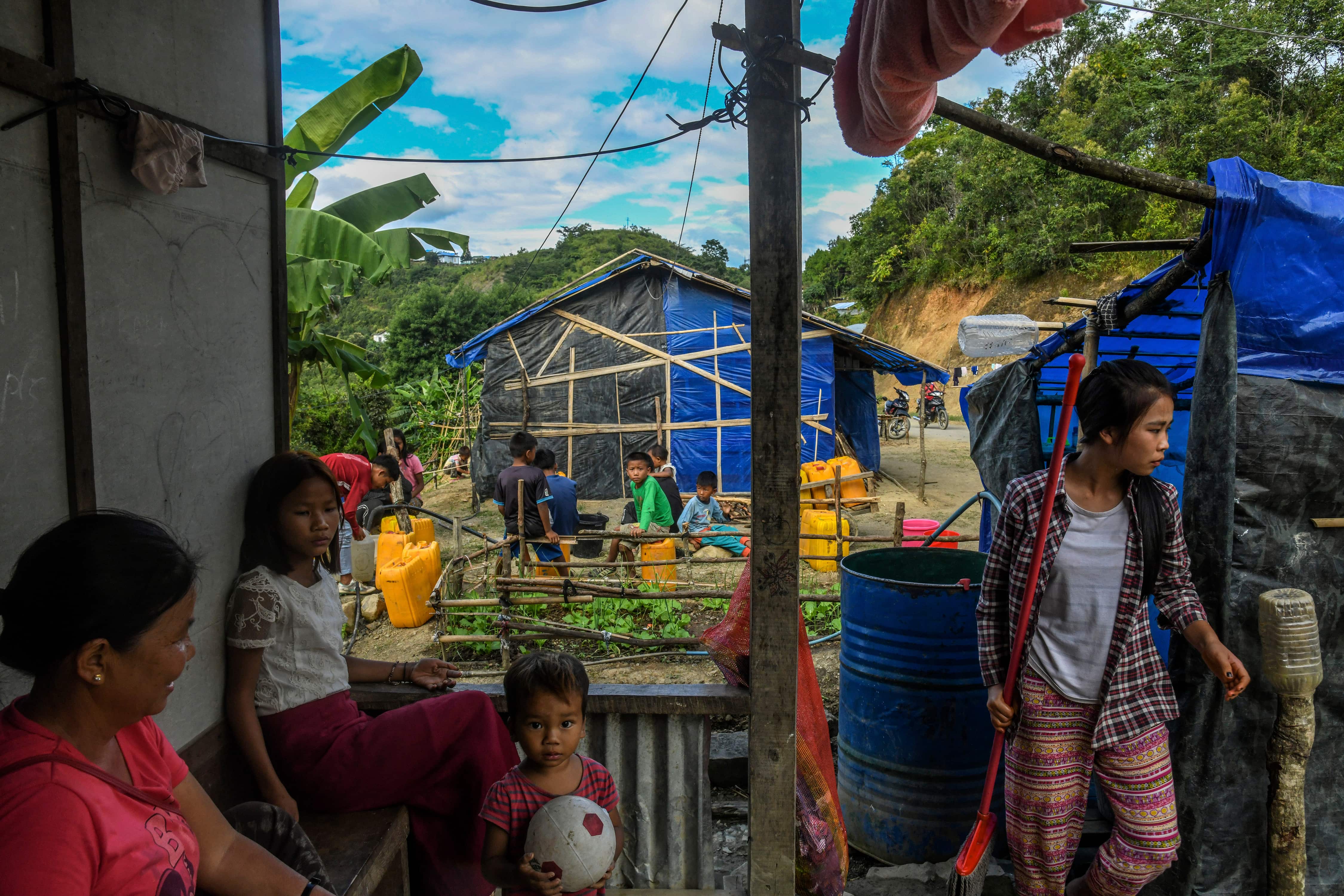 The refugees say they sleep in forests for days, some of them going without food as they make their way toward India. Once they reach the Tiau River crossing separating the two countries, they take a bamboo raft or boat across to reach safety.

In the village of Ramthlo, Crosby Cung said all 1,000 people who live there were preparing to leave. The villagers, he said, have selected two to three places where roughly 500 people can hide out in the forest until they are ready to head for the Indian border. Last week, soldiers set a neighbouring village on fire.

“It is really sad to see,” Cung said. “Leaving your village and fleeing into the jungle is not what we want to do. I want to protect my village so they do not loot and burn down the village. But we, the civilians, can’t do anything. We have no choice but to flee.”

The recent exodus has been most pronounced in Chin State, a stronghold of the People’s Defense Force where civilians have often suffered the brunt of the Tatmadaw’s cruelty. In August and September, 28 out of the 45 people killed in the rural border region were civilians, according to the Chin Human Rights Organization.

Chin State borders the Indian state of Mizoram and is predominantly Christian. Many of the locals in Mizoram are also ethnic Chin and have close ties to the Chin people in Myanmar, but their patience has been tested by a recent COVID-19 outbreak that Mizoram officials have blamed on refugees.

A district official in Mizoram who declined to be named because he was not authorized to speak to the news media said that even though the Indian government’s policy is to keep the borders closed to refugees, the locals are unofficially helping those fleeing Myanmar. If the locals did not provide assistance, the official said, the refugees would die.

“Resources will become increasingly scarce, and there may be pressure to send them back,” he said.

In India, the refugees live in shacks with tinned roofs or plastic tarps overhead. Van Certh Luai, 38, a refugee who arrived in Mizoram after walking for three days, said her family of six gets only 3 gallons of water a day for drinking, washing and bathing. Mosquitoes feast on their skin. But the family says they are staying put.

“I do not want my three children to grow up in fear,” Van Certh Luai said.

The fighting in Chin State started in August, when 150 soldiers arrived in the town and started firing mortar rounds, injuring people and damaging houses. On Sept. 6, the Chinland Defense Force — the Chin arm of the People’s Defense Force — said it killed 15 soldiers.

Rights activists say the junta has targeted Chin State because it is home to the Chin National Front, the first ethnic armed group to throw its support behind the so-called National Unity Government, the organization founded by Myanmar’s ousted elected leaders. The rebel group has also been training thousands of anti-coup protesters who have taken up arms against the military. Innocent civilians have been caught in the crossfire.

Cer Sung said she heard gunshots and bombs falling at around 4 p.m. Aug. 15 while she was boiling popcorn at home in Thantlang, in Chin State. In a state of panic, she looked for her 10-year-old son, who was watching his favourite Hindi cartoon on television, remote control in his left hand. As she entered the house, fragments of artillery shells started falling between her and her son.

Cer Sung, 44, recalled seeing the left side of her son’s body go up in flames. His left index finger, the one on the remote control, was blown off. He died on the spot.

“I am angry with the Myanmar army for brutally killing my only son,” Cer Sung said, sobbing.

She and her family have decided to remain in Myanmar for now, frightened to stay but also scared to find out what life would be like if they were to leave. Other families have scrambled to leave so quickly that they did not have much time to prepare.

Sui Tha Par said she found her husband, Cung Biak Hum, lying on the side of a road with two gunshot wounds to his back and chest after he rushed to extinguish a fire caused by Tatmadaw troops in Thantlang on Sept. 18. His ring finger had been cut off, and his gold wedding band was missing, according to family members.

“They shot my husband to death,” Sui Tha Par said, in tears.

She is pregnant and expects to give birth next month, she said. After burying her husband, she and her two sons, 11 and 7 years old, decided to leave for Mizoram.