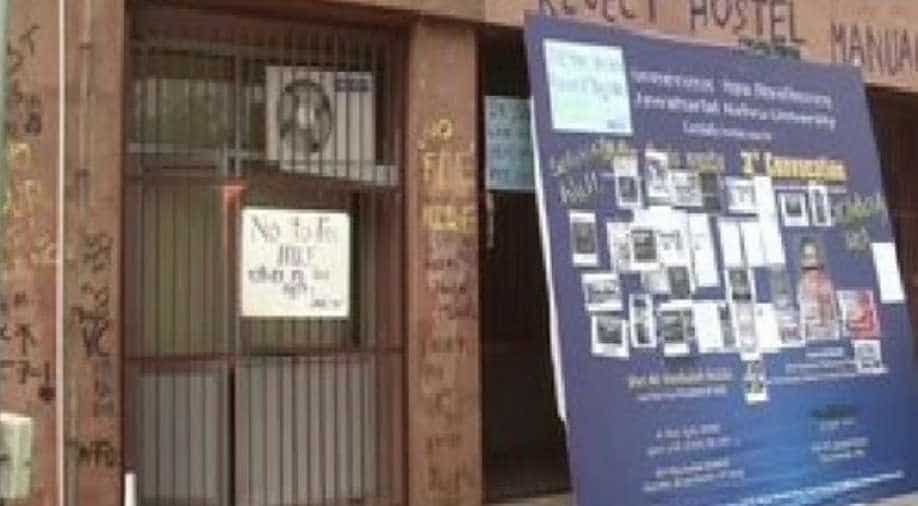 According to many students, the administration has only partially fulfilled their demands

On Saturday, Delhi Police registered an FIR for ''defacement of public property'' at Jawaharlal Nehru University (JNU) amid the recent protests that erupted in the aftermath of fee hike. This is the first FIR to be registered in connection with the anti-hike protests.

According to many students, the administration has only partially fulfilled their demands, and more protests are planned until the demands are completely met.

Posters and slogans have surfaced around the campus, especially in the administration block of JNU asking for a complete roll-back of the hike provisions. Slogans along the lines of ''Reject IHA manual'', ''JNU is not your estate'' could be seen around the campus.

The key concerns of protesters include not only the recent hike in hostel and tuition fee but also their strained relationship with the university Vice-Chancellor M Jagadesh Kumar. The protestors also have issues with the draft hostel manual which underlines a dress code and curfew timings.

On Saturday, the university administration had filed a complaint against the alleged vandalism and defacement of Swami Vivekananda's statue. The statue, which was yet to be unveiled, was found defaced on November 14.  The students have denied any role in the incident and referred to it as a miscreant's act to dilute the movement of JNU students' union against the university.