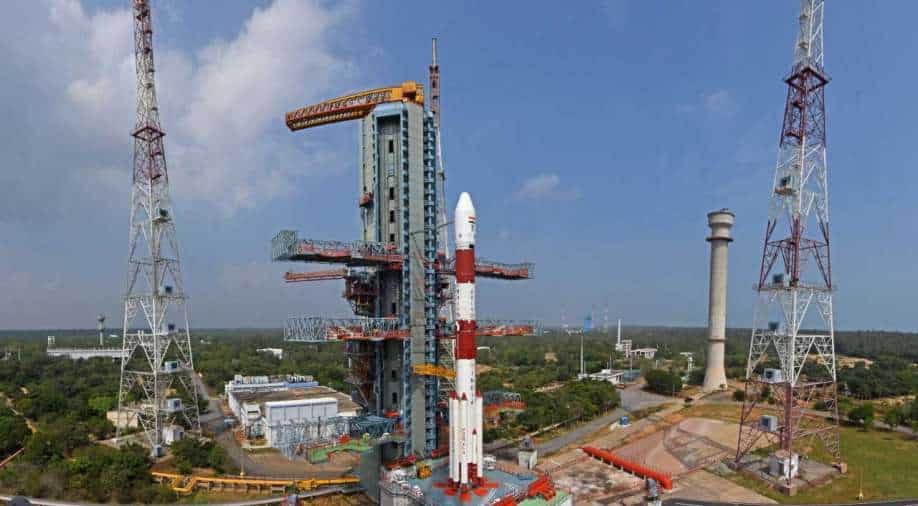 In this file photo, PSLV-C51 can be seen at Sriharikota Range Photograph:( Twitter )

This mission PSLV-C52 will be launching an earth observation satellite (EOS-04), weighing 1710 kg into a sun-synchronous polar orbit of 529 km

In what marks the resumption of rocket launch activity after a hiatus of six months, the Indian Space Research Organization has announced its first launch of the year 2022 - a PSLV Rocket.

The Polar Satellite Launch Vehicle, regarded as ISRO's most reliable and proven rocket is scheduled to launch three satellites at 5:59 am on Monday, February 14th. However, it must be noted that this exact launch time is subject to weather conditions.

This mission PSLV-C52 will be launching an earth observation satellite (EOS-04), weighing 1710 kg into a sun-synchronous polar orbit of 529 km. EOS-04 is a Radar Imaging Satellite designed to provide high-quality images under all weather conditions for applications such as Agriculture, Forestry & Plantations, Soil Moisture and Hydrology, and Flood mapping.

So #ValentinesDay it is...

Its special given how it's happng after a 6-month break...

Not sure if media would be permitted to Sriharikota , it's been 2yr+ hiatus.. #India #isro #pslv #Rocket pic.twitter.com/7lVEcyVFVF

According to ISRO, the rocket will also carry two small satellites as co-passengers. They include one student satellite (INSPIREsat-1) from Indian Institute of Space Science & Technology (IIST) in association with the Laboratory of Atmospheric & Space Physics at the University of Colorado, Boulder, and a technology demonstrator satellite (INS-2TD) from ISRO, which is a precursor to India-Bhutan Joint Satellite (INS-2B).

The countdown process of 25 hours and 30 minutes leading to the launch would commence at 04:29 hours on February 13, 2022, after authorization by the Launch Authorization Board, ISRO said.

It is important to note that 2022 is a busy year for ISRO, with upto 19 missions being planned in this calendar year. This will comprise eight Launch vehicle(rocket) missions, seven Spacecraft(satellite) missions, and four technology demonstration missions. Later this year, ISRO will also be launching India's third Lunar exploration mission Chandrayaan-3. According to the Minister who handles the Space domain, this launch is scheduled for August.

ISRO's launch activity had been disrupted since early 2020 after the pandemic began to spread in India. Many of ISRO's ambitious missions were delayed during 2021 and 2022, owing to the pandemic, its related restrictions, and challenges.