Is everything over between 'Baaghi 2' stars Tiger Shroff, Disha Patani? 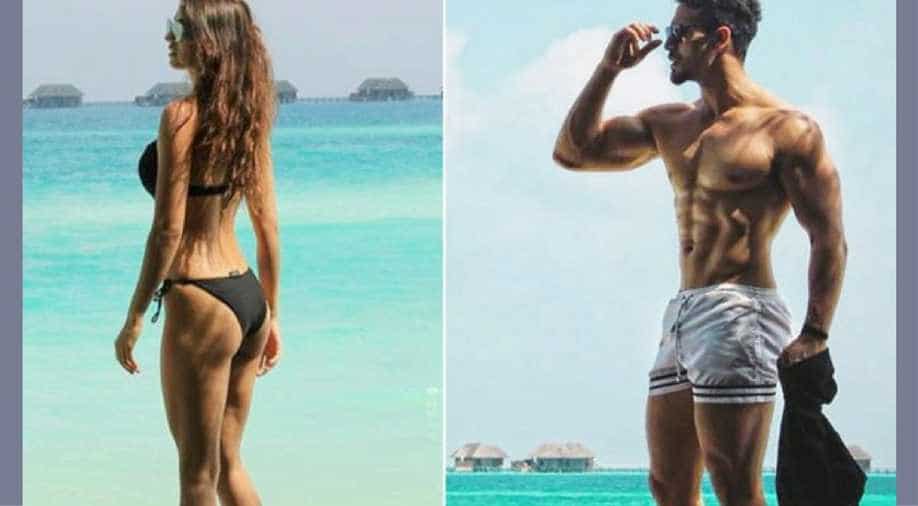 The two can be seen having a good time on the beaches of the beautiful nation. Photograph:( Twitter )

Looks like not everything is good between alleged couple Tiger Shroff and Disha Patani. The alleged lovebirds who have been spotted together time and again in public have now come down to denying their relationship aggressively.

In an interview, Tiger Shroff denied dating Disha and also said that even though they are not dating, the affair rumours are good for their film. He said, "We always go around...all the time. Going around doesn't mean we're dating. You do go around with friends, right? I go around with my guy friends also, which no one cares about."

Recently even Disha in an interview reiterated that Tiger and she share a cordial relationship and said, "He's my only friend in Mumbai. We both like to dance and work out. He's a thousand times better than me at both, but we connect through them. I am hanging out with him all the time, perhaps that's why we get spotted together everywhere.” Also Watch: Baaghi 2 trailer: Tiger Shroff flexes muscles and limbs to fight the bad guys

She added, "So, people probably feel that we're in a relationship. We're friends and there is nothing more to the story. If I hang out with another guy, probably, people will say I left Tiger for him."

Their much-anticipated film together ‘Baaghi 2’ is slated to hit the theatrical screens on March 30, 2018.