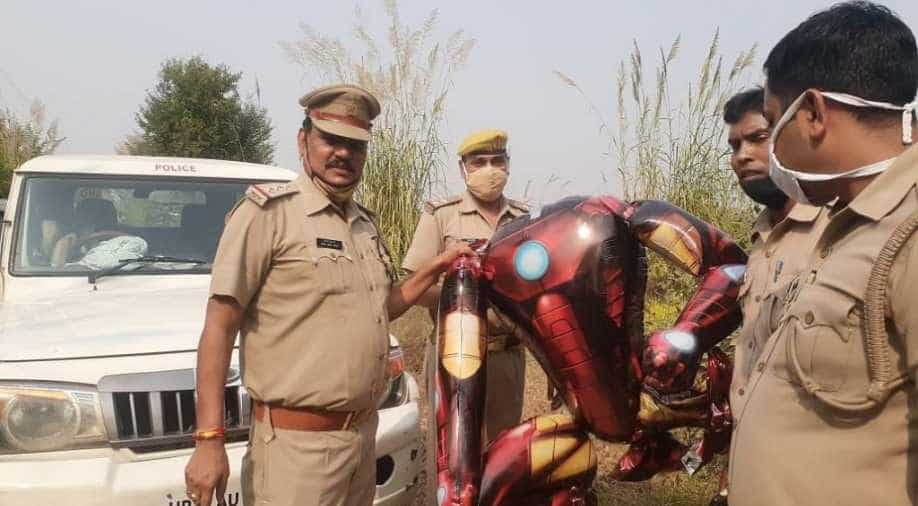 The object was spotted in the sky in the Dankaur area in the morning and later landed in a canal near Bhatta Parsaul village.

Fear and anxiety gripped people in Uttar Pradesh's Greater Noida on Saturday as they noticed a strange flying object in the sky.

The object later turned out to be an 'Ironman' shaped balloon filled with air, according to police.

The object was spotted in the sky in the Dankaur area in the morning and later landed in a canal near Bhatta Parsaul village, where a crowd had gathered to see what some of them thought was "an alien".

Dankaur SHO Anil Kumar Pandey told PTI that a major reason behind the anxiety among people was the unusual shape of the balloon.

"It was shaped like the Ironman (fictional superhero character) given its colour and design. This was an unusual sight so some people even thought it was an alien, or something like that, and were apprehensive," Pandey said.

The official said the balloon was fished out around noon and apparently it came down because it was losing its gas.

It is yet to be ascertained who floated it in the air.