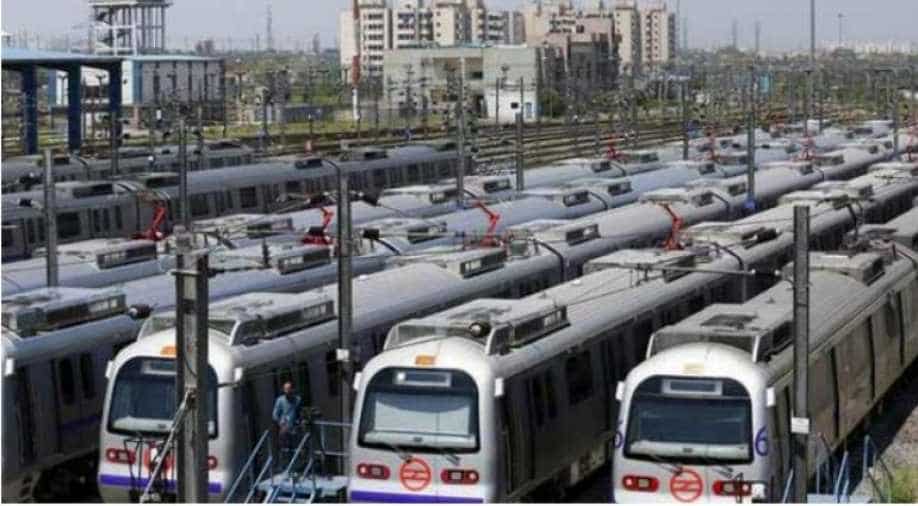 The delegation, which also includes ministers, is currently in Delhi for attending the 2nd assembly of the International Solar Alliance.

A delegation of the International Solar Alliance (ISA) member countries visited the Delhi Metro on Friday where DMRC officials presented its solar success story to them.

The delegation, which also includes ministers, is currently in Delhi for attending the 2nd assembly of the ISA, according to an official statement.

The ISA was launched in 2015, with the intent of bringing together all the countries lying fully or partially between the Tropic of Cancer and Capricorn on to One International platform.

Since then, ISA has grown to have 121 prospective countries with 79 signatory member countries and it is the first international body to have a secretariat in India, located at Gurugram in Haryana.

The first assembly of ISA was held in New Delhi on October 2, 2018, and the second assembly is presently being held in the national capital.

"The presentation by DMRC showcased the initiatives taken by Delhi Metro, which involves both long term tie-up of the utility-scale solar project and rooftop solar projects on metro stations. It was also discussed how it has economically benefitted the organization besides achieving the distinction of being the first Metro in the world to go green," the statement said.

DMRC Managing Director Mangu Singh highlighted that Delhi Metro is meeting 35 percent of its total energy requirement (of approximately 1,100 million units) from renewable sources and is one of the greenest metro systems in the world.

ISA Director General Upendra Tripathy commended the DMRC for its achievements in enhancing the use of solar energy and said that the metro rail operator is a role model for many other organizations to follow.

DMRC started its solar journey in October 2012, by signing an MoU with GIZ, Germany and has been making all possible efforts to contribute towards the National Solar Mission target of producing 175 GW electricity from renewable sources by 2022.

DMRC has set the target to install 50 MWp Solar PV Plant on the flat and curved roof of the stations, train depots and other buildings owned by it by 2022.To date, 32.4 MW of electricity has been operationalized on DMRC premises.