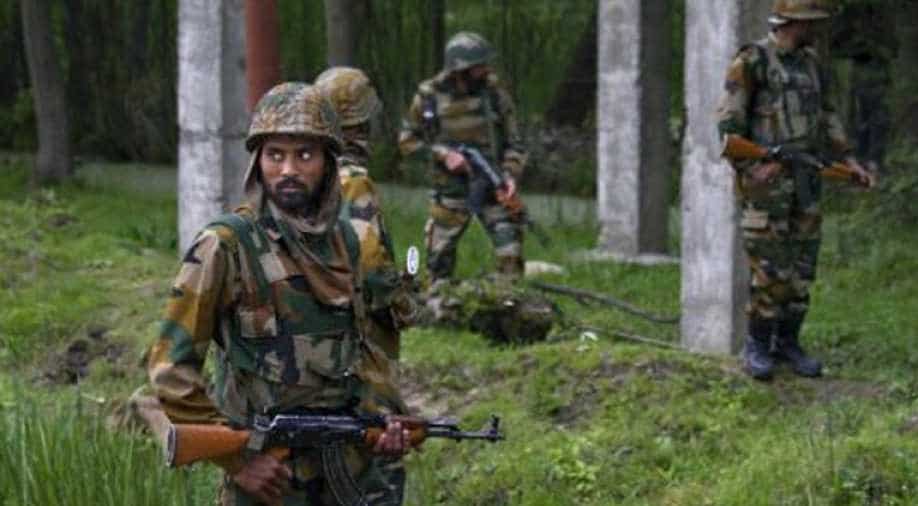 Security forces at India-Pakistan border have been put on high alert after an intelligence input revealed that terrorists are trying to sneak into Jammu and Kashmir to carry out 'action'.

According to the input, "There is likely presence of armed terrorists in Bhimber Gali and Naushera sectors with an intention to infiltrate to carry out BAT (Border Action Team) action."

Sources in intelligence agencies have told ANI that input has been shared with forces and Border Security Force (BSF) to keep a close watch on activities in these areas.

Forces suspect that the BAT of Pakistan Army is facilitating terrorists to carry out action soon. There have been movements of terrorists towards the Indian side.

BAT has started targeting civilians as well.In January, the group killed a civilian identified as Mohammad Aslam whose headless and mutilated body was found near the LoC in Poonch district.

"There was no such input over the past few weeks but after the input which has come hours back, forces have been alerted, especially in two sectors. Patrolling has been enhanced and there will be extra deployments during the night. Any misadventures of Pakistan will be responded effectively," a senior BSF official told ANI.

"During this season, BAT facilitates terrorists to infiltrate into India. After getting them trained at various known locations, BAT and other Pakistani agencies send them near the border and when they fail in multiple attempts, they plan action with these terrorists to facilitate them," a senior government official said.

Last week, the Indian Army on the basis of specific intelligence inputs from Jammu and Kashmir Police, in a joint operation, eliminated a terrorist close to the LoC in Keri area of Bhimber Gali sector in Jammu division`s Rajouri district.

Earlier today, two terrorists were killed in an ambush by the Indian Army at Nougam sector in north Kashmir along the LoC. The Army recovered arms and ammunition, along with Pakistani currency.