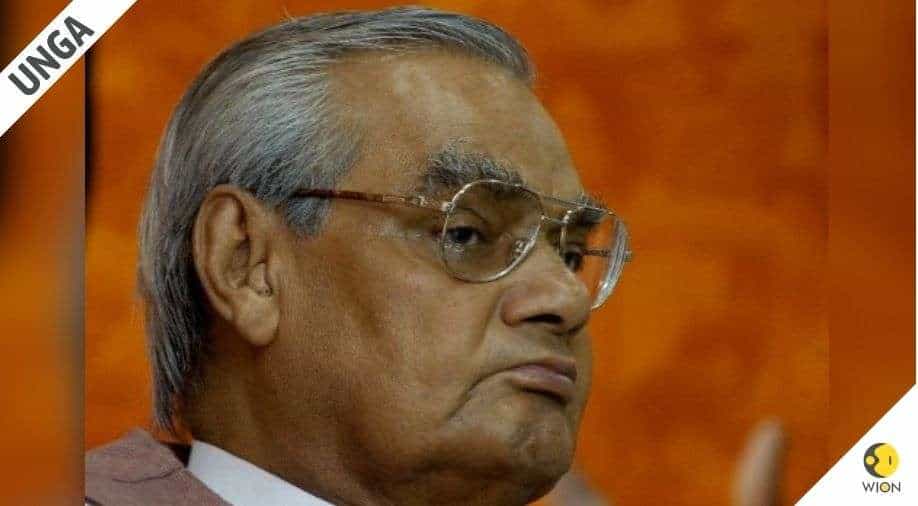 India's former prime minister Atal Bihari Vajpayee's spoke about nuclear disarmament, relations with Pakistan, apartheid in Africa at the UNGA in 1977 as he sought to fight for the common man's cause

India's thrust in the 1970s was towards non-alignment with the cold war at its peak. The former prime minister described himself as a "newcomer" at the United Nations but added that "India is not, having been associated actively with the organisation from its very inception."

"The vision of Vasudhaiva Kutumbakum is an old one. We in India have all along believed in the concept of the world as one family," Vajpayee said as the world listened.

Atal Bihari Vajpayee was at the time the foreign minister under the Janta Dal government post-Emergency. "Earlier this year our people successfully frustrated attempts by a self-seeking regime to deprive them of their fundamental freedoms," he said, adding, "Basic human rights have been restored. The pall of fear that hung menacingly over our people has been lifted."

"Constitutional measures are being devised to ensure that democracy and fundamental freedoms can never be smothered again," Vajyaee assured the world.

In a forceful speech, Vajpayee declared: "Our own history and political experience have taught us that the real sanction, indeed the ultimate power rests in the will and response of the people, not in governments."

The former prime minister reminded the diplomats and leaders present that United Nations Charter was made "to build a new world order in true freedom".

Vajpayee clearly showed why he was called the man of the masses when he said, "My thoughts are not in terms of the might and majesty of nations. Much more important to me are the dignity and demands of the common man."

"Our successes and failures should be judged ultimately by one yardstick alone - whether we are working towards social justice and dignity," India's great orator added.

Vajpayee felt the United Nations should become the "effective voice of all humanity and a dynamic forum for collective action and co-operation based on interdependence between nations."

He also spoke against apartheid in Africa and called for it to be "eradicated, root and branch" while describing it as a "blot" on humanity and said that India stands with "South West Africa People's Organization, in southern Africa we face colonialism and racialism at its worst, in west Asia, there remains an even more explosive threat to international peace."

He also emphasised on "normalisation" of relations with Pakistan as both countries were still emerging from the 1971 war which had led to the creation of Bangladesh.

India's former foreign minister also spoke about nuclear disarmament at a time when the arms race was at its peak between the former Soviet Union and the United States with neither ready to back down in the high stakes tussle as the spectre of a nuclear conflict loomed over the world.

"We are told that nuclear weapons are necessary as a deterrent against war and that it is only the assurance of their use that constitutes the core of deterrence. We do not not accept that thesis."

Vajpayee termed nuclear weapons as "dangerous" while emphasising that India will continue to commit towards peaceful use of nuclear energy.

On India's contribution towards education and bringing people together, he said:"Our professional and academic institutions have been providing training and instruction to thousands of students from other developing countries in diverse fields of social and economic development."

"Jai lagat (Hail One World)", he said as he ended his speech.