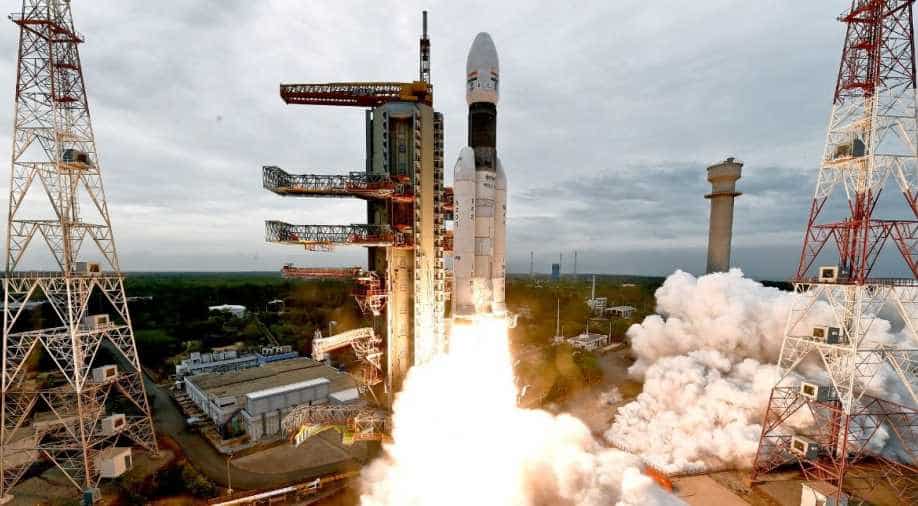 A leading US publication, in its piece, on Saturday highlighted how the vision behind Chandrayaan-2 permeated the nooks and crannies of India.

When ISRO chief announced the heart-breaking news of contact loss with Chandrayaan 2's Lander Vikram on Saturday, support and solidarity poured in for India and the ISRO team.

A leading US publication, in its piece, on Saturday highlighted how the vision behind Chandrayaan-2 permeated the nooks and crannies of India and ignited a passion for Space science, research and exploration in the heart of India's common man.

"In some Indian cities, posters for Chandrayaan-2 have been plastered on giant billboards. Schoolchildren in space classes are launching rockets made from empty plastic soda bottles," the article, as published on The New York Times website, read.

India's "attempt highlighted how its engineering prowess and decades of space development have combined with its global ambitions," it read.

Space is hard. We commend @ISRO’s attempt to land their #Chandrayaan2 mission on the Moon’s South Pole. You have inspired us with your journey and look forward to future opportunities to explore our solar system together. https://t.co/pKzzo9FDLL

The US government, as well as its space research agency, also came out in support of India and team ISRO.

Alice G Wells, Acting Assistant Secretary for South and Central Asia, on Saturday congratulated ISRO for its incredible efforts to place 'Vikram' lander of Chandrayaan 2 on the Moon's south pole and said the mission is a huge step forward for India.

The US diplomat also said that India will "no doubt" achieve its space aspirations.

"We congratulate ISRO on their incredible efforts on Chandrayaan 2. The mission is a huge step forward for India and will continue to produce valuable data to fuel scientific advancements. We have no doubt that India will achieve its space aspirations," Wells said in a tweet posted on the page of US Bureau of South and Central Asian Affairs.

NASA, in a tweet, said that "Space is hard. We commend @ISRO’s attempt to land their #Chandrayaan2 mission on the Moon’s the South Pole".

A day before India's ambitious mission was to witness Chandryaan-2 rover march on to the lunar South Pole, Amazon founder and CEO Jeff Bezos had tweeted out saying that he is "rooting for team India".

Meanwhile, ISRO chief K Sivan, on Sunday announced that that Chandrayaan-2's Vikram Lander has been located on Moon's surface and that the team is trying to establish contact with it.

The ISRO chief added that the Orbiter has clicked a thermal image of Lander.

"We've found the location of #VikramLander on the lunar surface and the orbiter has clicked a thermal image of Lander. But there is no communication yet. We are trying to have contact. It will be communicated soon. #Chandrayaan2," Sivan told media today.

With Lander being located on the Moon and the ISRO team trying to get more insights into the current situation while attempting to establish communication with Vikram, hope - once again - sparkles and runs high in the hearts of 1.3 billion Indians.